Wun Bin collected us at 8.30 and we were transferred first to a minibus, then a bigger one and finally to a river boat. We were part of a larger party on this boat with a guide called Trudy. She told us she came from Inner Mongolia but after studying in Guilin had stayed on.

We then had a four hour cruise down the Li River with all the unusual hills on both sides. The day was very misty and occasional showers but nothing too serious and we were able to see plenty of really beautiful landscapes and mountains. Most of the hills have exotic names according to their shapes – some seemed to make sense but not all. 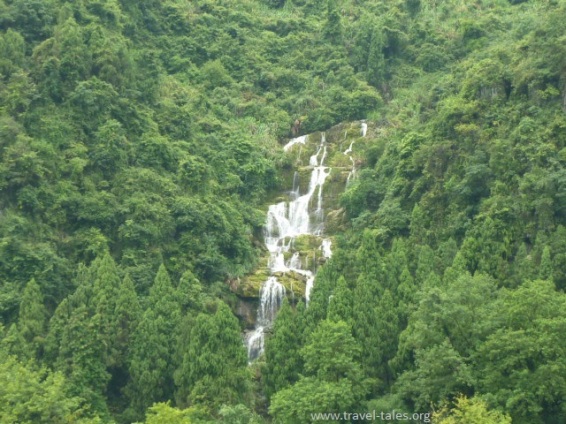