Having spent quite some time in Norway already, I decided to only stop in Oslo for a few hours.  Luckily, they were sunny hours and I was exploring the sculptures around the station with many other visitors.  I imagine the tiger gets repeat visitors from young children.

I asked my lunch waiter what he recommended I do with a few hours in the city and he suggested the botanical gardens.  So I left the station area in the direction of the garden and found this amazing sculpture of divers flying through the air.

I then walked up along the canal in the direction of the botanical garden and encountered this dog chasing an elk (in bronze!) 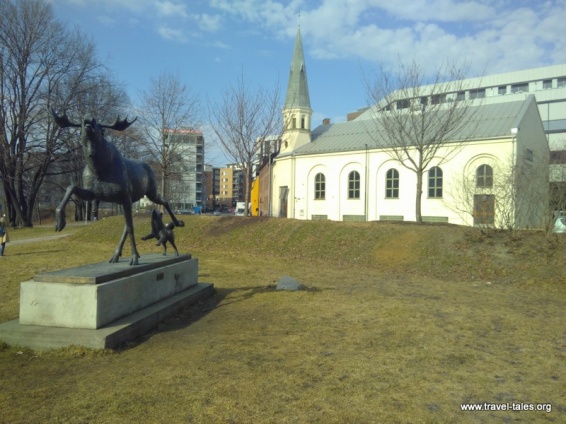 Once at the botanical gardens, I saw the giant waterlily, which isn’t that giant in April.  It is grown from seed every year and fills the pond in the Victoria greenhouse by mid-summer.  The hear-shaped crocus display on the other hand will no longer be visible then.

On my way back to the station and a subsequent wander in the opposite direction I captured this architectural variety. 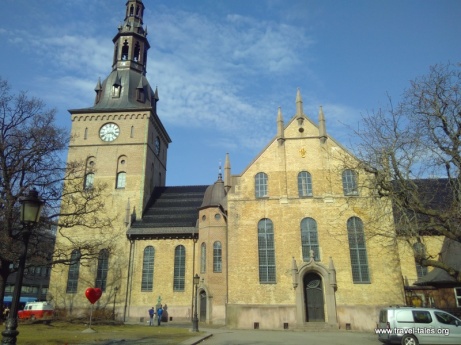 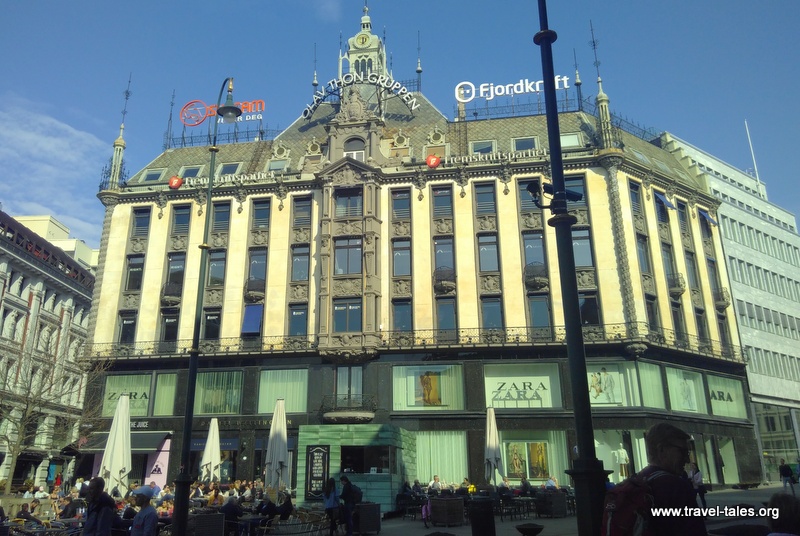 Having returned to the station, I took this of its old roof and internal facade, just before boarding my train to Sweden.