As explained before, it is sometimes difficult to work out where one city ends and another begins.  Rabat Mdina are talked about as though they are the same place, or it is one place with two words of it (like Chipping Norton).  However there is a very clear delineation between where Rabat ends and where Mdina starts.  There is a wall which has two gates.  The tunnel through which the car is driving in the picture below leads to the car park with a gate into the city of Mdina. 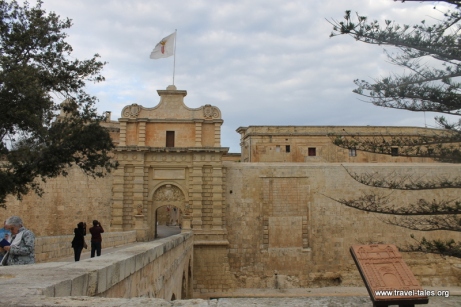 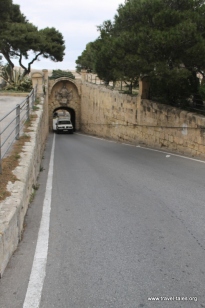 It is a very small city, with narrow streets and is dominated by the St Dorothy’s convent.  It is the original capital of Malta, which explains the defensive wall surrounding it. 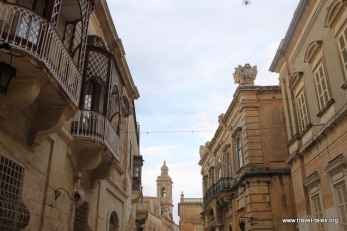 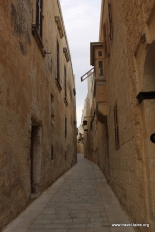 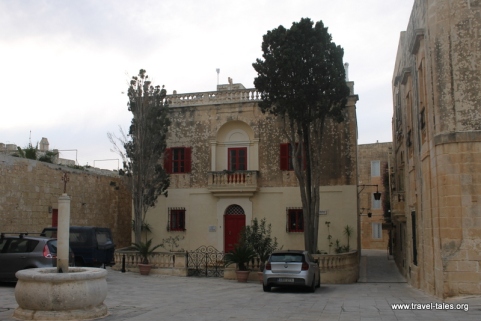 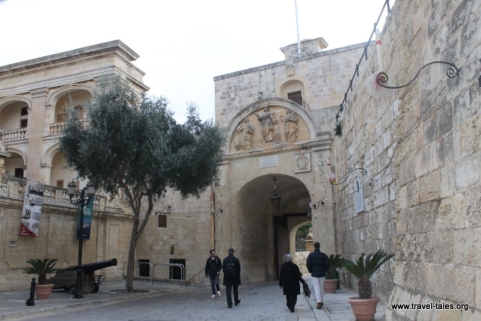 From the top of the wall, there are great views of the surrounding countryside, and some residents inside the town have created roof terraces to enjoy that view! 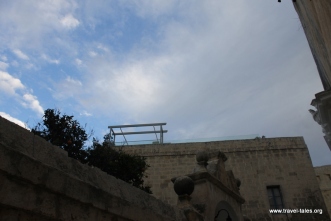 St Paul’s Cathedral is a focal point in Mdina, with some unusual houses along the sides of the square, and another holy statue on the corner of the building opposite the cathedral. 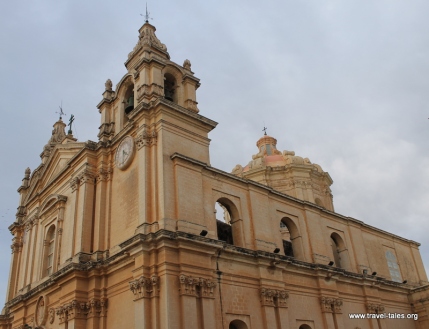 Despite its age, there are some very modern aspects to Mdina.  It is the home of the National Museum of Natural History and what was probably the moat is a garden in a very contemporary design.