I only had time to visit one of the three Heritage Malta sites in Rabat, having only arrived there around 3pm.  I was assured by the curator of the Domus Roma, a Roman villa, that the place to visit if I only had time for one, was St Paul’s Catacombs rather than his own site.  On leaving the Domus Roma, I was asked by another traveller (we can recognise each other by the cameras around our necks) whether it was worth visiting and I explained I hadn’t actually gone past the ticket desk and why.  His opinion was that the catacombs weren’t that great for pictures, it was just lots of carved caves underground and not much variety for photos.

Not being put off by this, I went anyway.  And he is kind of right.  I took a lot of pictures while in there, but they are kind of samey and only a small proportion made it into the post.  Starting off in the visitor centre, there is a map of the caves that have been carved as Roman burial places and some of the bodies which have been excavated, including bones of a child. 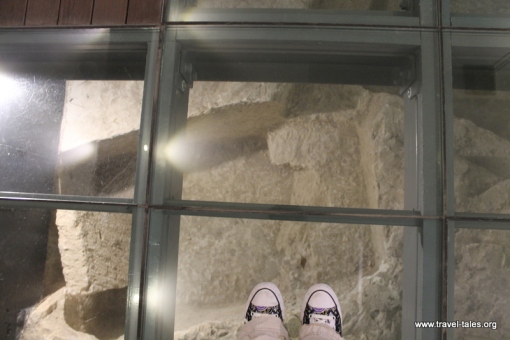 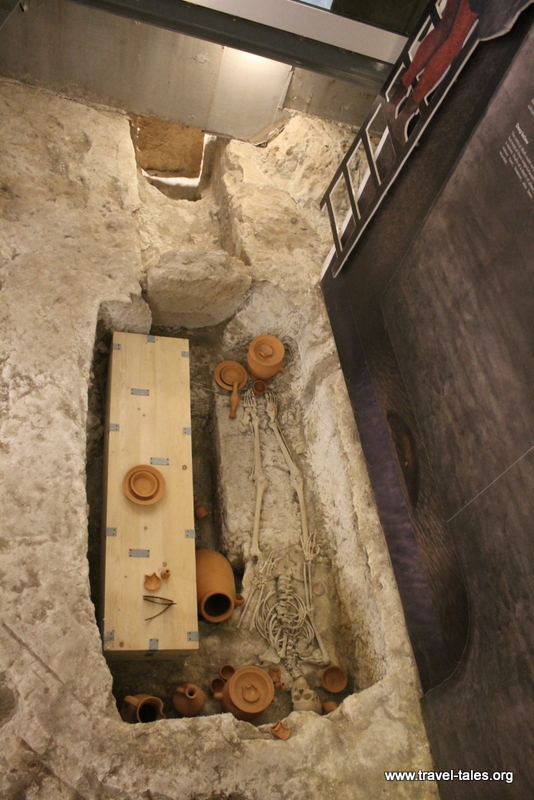 The visitor centre is built over some of the open catacombs so you can see that you are walking over the hollows in the rock.  Research shows that although the catacombs were started by Romans, they have been used by many religions not just as burial places but more recently as refuges for those alive.

The entrances themselves have been built up since the catacombs were dug out and you can see how quite recently new steps have been put in place. 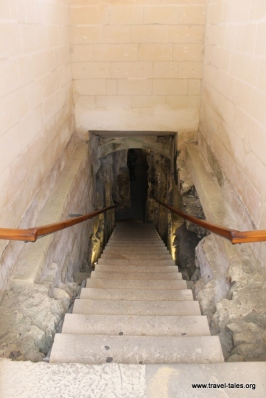 Once inside the catacombs, I had the experience recounted by the other traveller.  It is one of those places which just cannot be properly represented in still photos.  So I kept trying to take pictures to show what it was like, but they end up looking very similar.  What is so amazing about the first set of caves is just how extensive they are.  Some areas had low ceilings, others were large halls which could fit a congregation of 40 or so people. 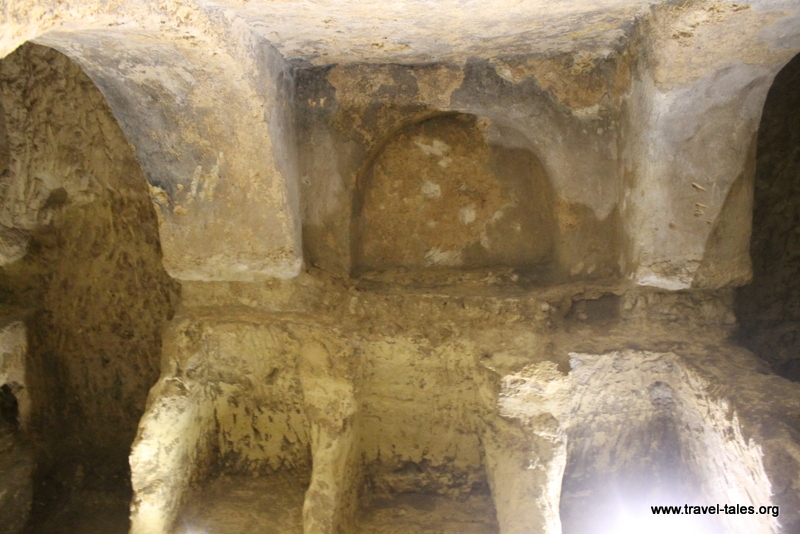 In some places you can see the tool marks left by those creating these ceremonial and burial chambers.

An inscribed tablet is on display in the Christian catacomb, so I assume it was found there.