I first encountered the Spooky Men’s Chorale some years ago.  They were performing locally and looking for billeting in the area after their performance.  In return for providing a bed to a Spooky Man and his wife, I got a ticket to their concert.  It was hilarious and very very musical.

They are touring the UK again and rather than just sitting in the audience enjoying their take on the fundamental issues of life (like tools), I joined in.  At their Bristol performance, the usual chorale was joined by the Axis of Spook, an amateur choir of 183 men and women including me.  We met the Spooks on the Monday for a rehearsal of two pieces – The Sweetest Kick and a brand new song, Pyramids.  Pyramids is so new that only its composer, Stephen Taberner, knew the piece.  It is a testament to Stephen’s composing and teaching skills that he managed to teach this rather complex 5 part piece to nearly 190 people in about an hour.

We were all asked to wear the traditional all-black clothing of the Spooky Men’s Chorale and if we wished, we could wear a hat, as worn by the Spooks.  The hat could be of any colour, the only requirement was that it represented your inner-spook.  I chose my hat very carefully and below is a selfie I took before the performance. 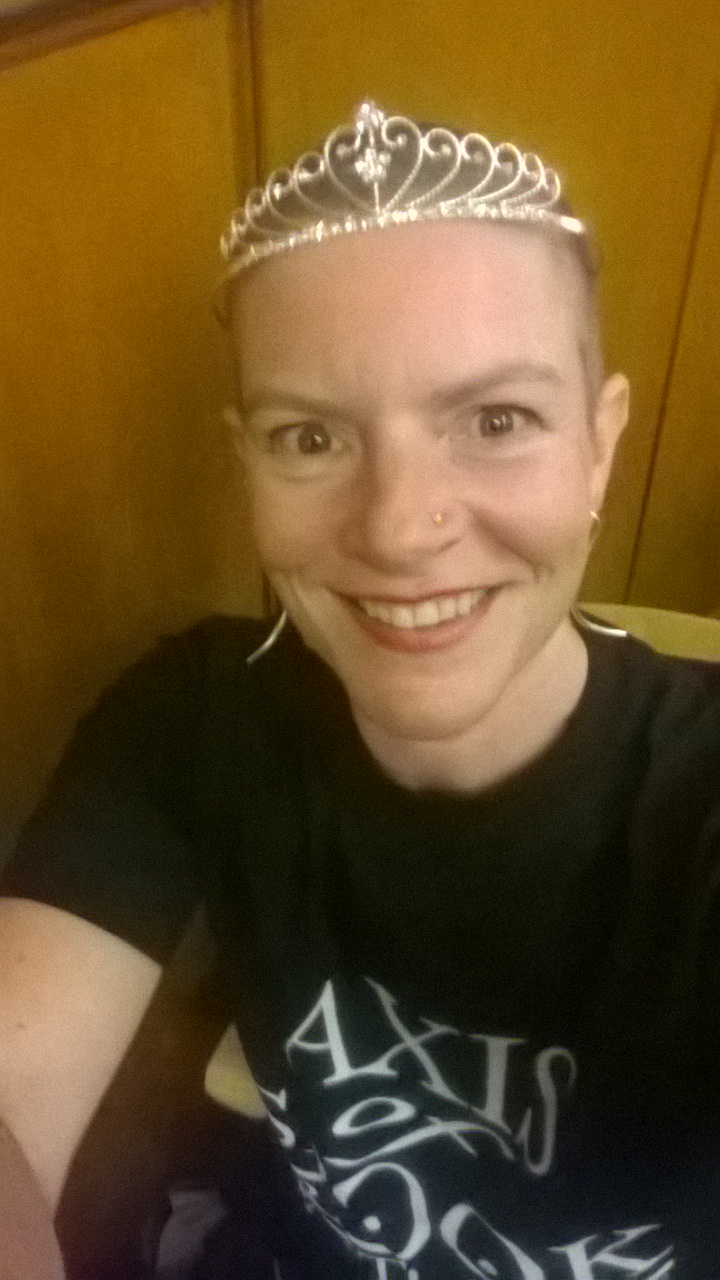 (the lack of hair on my part is intentional, I raised over £260 for the Wiltshire Air Ambulance by letting others choose my new haircut)

The performance at Bristol’s Colston Hall was captured on video and I’m proud to be able to present you the Global Première of Pyramids in which I took part as a Bass singer, at the front in the middle of the choir.