On a sunny day a few months ago, I met some friends visiting London from the US for pre-theatre dinner at the Swan at the Globe before they embarked on some Shakespeare.  This struck me as a really good idea, it had been a lovely evening and by all accounts they had a wonderful time.  I wanted to have a similarly wonderful time and bought myself a ticket to the matinee performance on a day I already had an evening engagement in London, Richard II.

On the day itself, it rained. 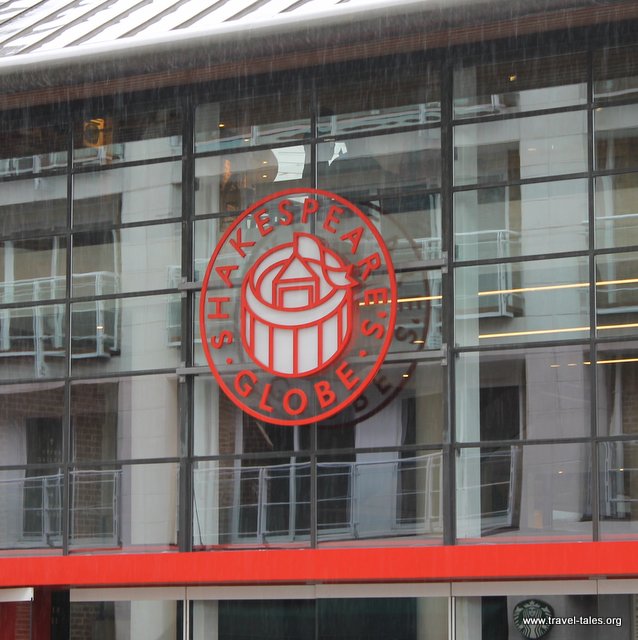 For those unfamiliar with the Globe, the current theatre was completed in 1997 based on records of the original theatre in which Shakespeare’s plays were performed during Queen Elizabeth I’s reign.  In keeping with that historical style, it has a ‘thrust stage’ which extends into the arena, the standing space for the audience.  It is also open air, hence the reference to rain.  Fortunately not all of it is open to the heavens, seated audience places and some of the stage are covered.  I’m glad I paid the extra for a seat, I even splashed out £1 for a cushion, which I don’t consider a waste of money either.

I’m no theatre critic and researched various sources to swat up on the story of Richard II so that I wouldn’t loose the plot.  Despite the rain, I really enjoyed it.  Graham Butler as Aumerle really made me laugh, Charles Edwards as King Richard was very convincing and my admiration goes to William Chubb who launched himself into the puddles in his socks as the Duke of York being prevented from leaving by having his boots thrown around the stage.

The Globe requests no photos inside the theatre, which I respected (not everyone did), so not many pictures this week, just one of the theatre and another from the theatre across the Thames to St Paul’s. 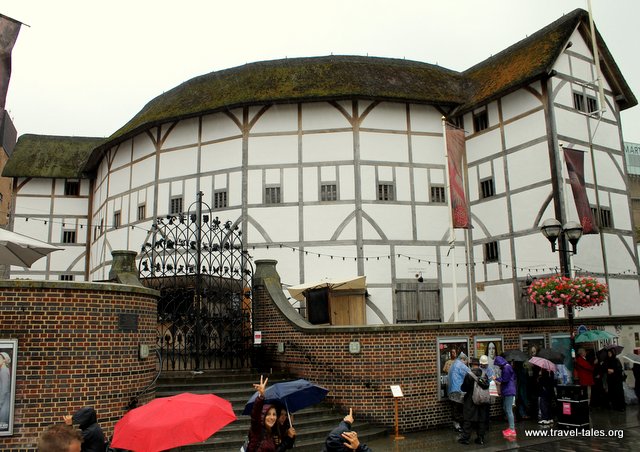