When ArtAngel takes over a venue as a gallery, they seek to combine existing and specially commissioned pieces in the exhibition.

The first piece I saw, had not been commissioned for this exhibition, although only part of the overall artwork was transported from Chicago to Reading.  These tables have earth between them and grass is growing between the cracks.  My interpretation is that something can grow through the smallest of cracks from the most compacted dirt, if only given the right conditions and an opportunity.  I didn’t have the courage to touch either the earth or the grass to find out whether it was real living grass.  It looked pretty authentic though! 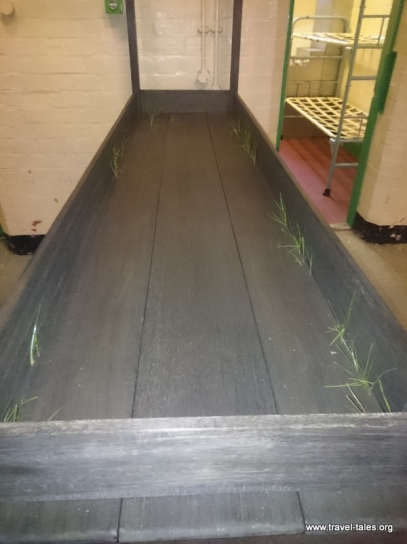 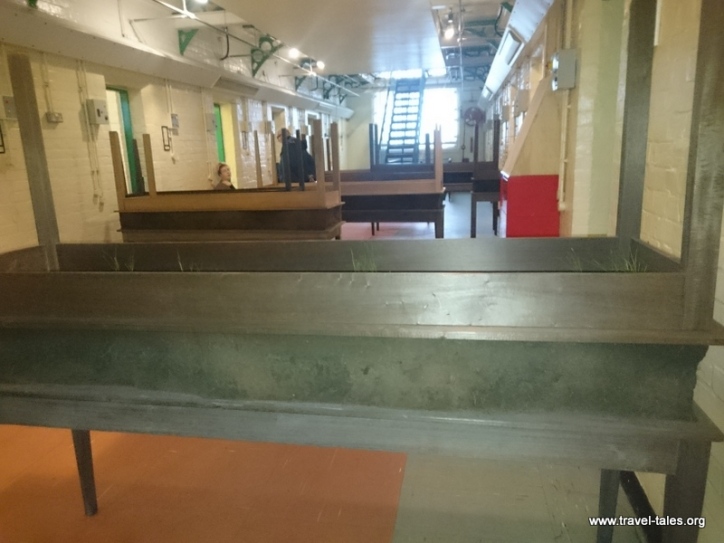 The next piece I took pictures of is a combined work of art.  The paintings are by Marlene Dumas centred around a poem written by Pier Paolo Pasolini, A Prayer to my Mother. 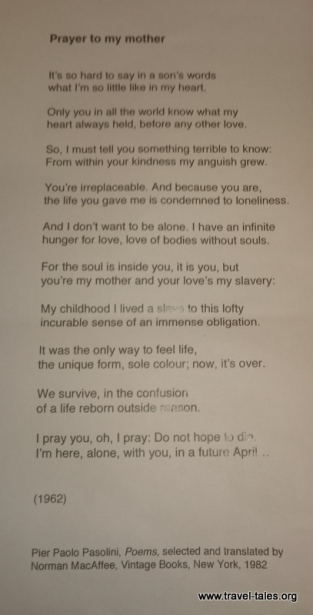 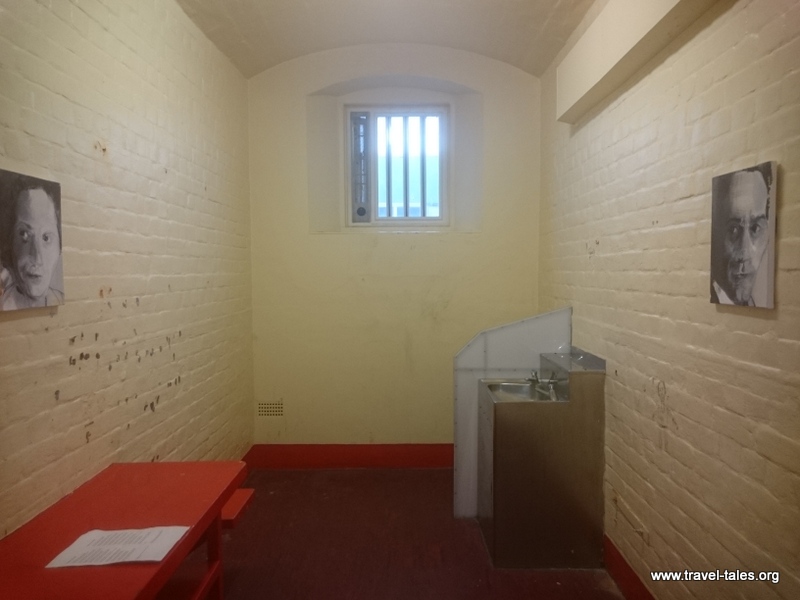 The final pieces I’m showing off here are both video installations, so a bit tricky to represent in a blog post.  The two screens were mounted in the same empty cell opposite each other, a bit like Pier and his mother above and both relate to apologies – one asking for an apology for the treatment received by the criminal justice system, the other refusing to apologise. 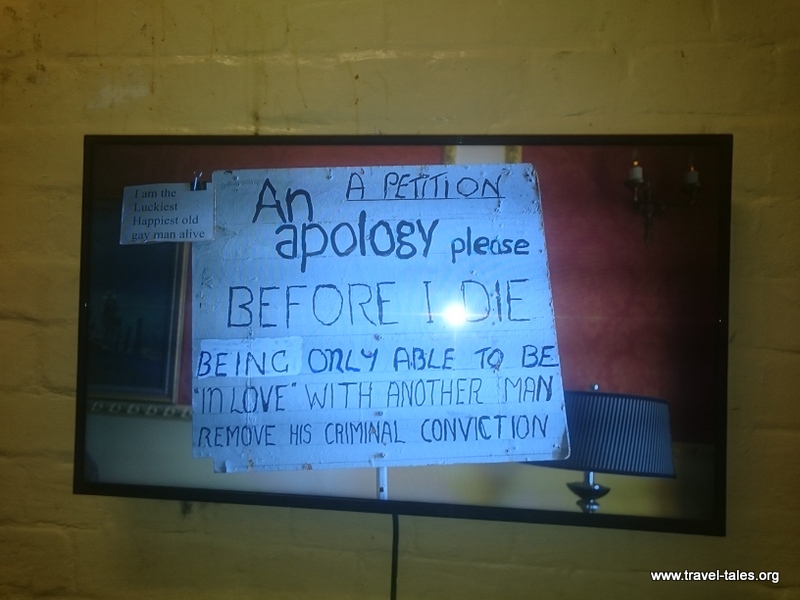 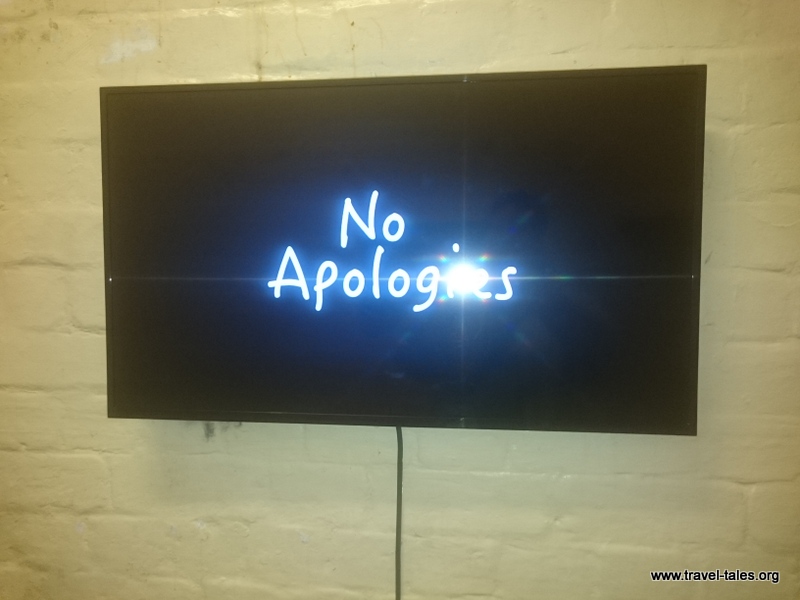