On the day this goes out, I am expecting Theresa May to ‘trigger Article 50’.  I’m not quite sure how she will do that, presumably send a letter.

The Saturday before this goes out, I joined tens of thousands of people (there is no official count, estimates range from 30,000 to 100,000) in walking from Park Lane to Parliament Square to let our government know that we don’t like what they are doing.  Never having been on a protest march before (does that tell you something about my feelings on this particular matter?) I was a little nervous, but it was a perfectly pleasant experience of lots of like minded people walking in a orderly fashion past the police who cordoned off the roads for us.

My preparation was limited, a blue jersey which was decorate with yellow stars brought along by a fellow marcher who was sharing them with others.  Many others had spent quite some time getting ready. 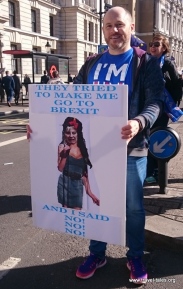 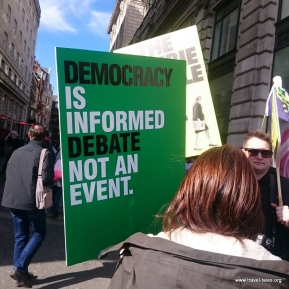 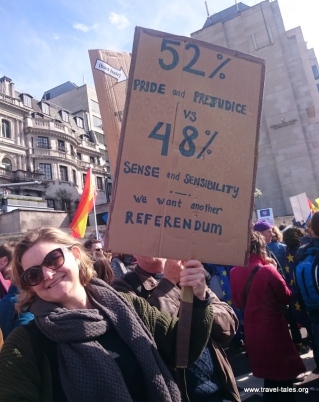 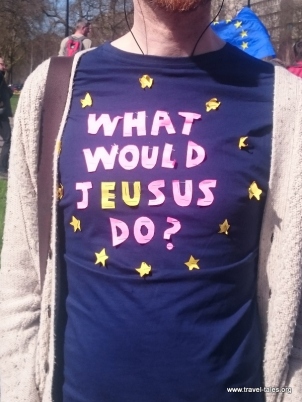 While on this march, I also formulated my plan for my next set of travels:  While I am still a European Citizen, I intend to travel to each of the countries in the EU.  There’ll be a bit of planning while I finish of my mother’s tales from Japan and then I’ll set off to the members of this union.