One of the closest cities to the Petrified Forest National Park is Holbrook, which is where I stayed for a couple of nights between exploring the park.  It is home to a Wigwam Motel, which is pretty much exactly what it says on the tin.  This was my room:

Each room is a standalone Wigwam and has a classic car parked outside as well: 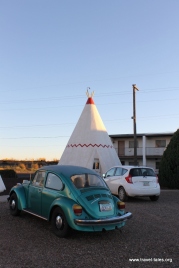 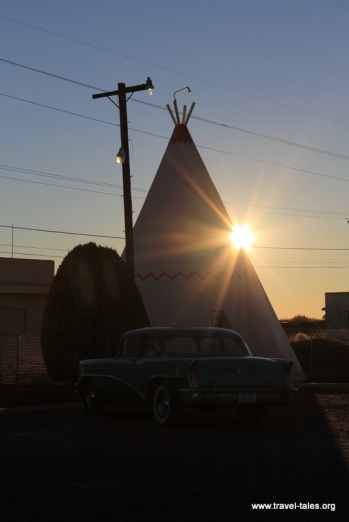 Because each room is a separate building it is probably not quite as lucrative per square metre of ground it is on, the separation does mean that you can’t hear your neighbours, like in some more modern motels!

The one in Holbrook is called Wigwam Village #6, so I presume there were at least 5 others over the years.  This particular one has now been included in the National Register of Historic Places.