London doesn’t have one central station, it has multiple stations arranged around what was the edge of the city in the 1800’s.  The Great Western Railway between London and Bristol, funded by Bristol merchants, terminates at Paddington Station.  Isambard Kingdom Brunel (IKB to his friends…) designed the station and is often credited with the engineering marvel of the roof.  In reality, much of the detailed architecture of the wrought iron arches in three spans (21m either side of a 31m central arch) was carried out by Matthew Digby Watt. 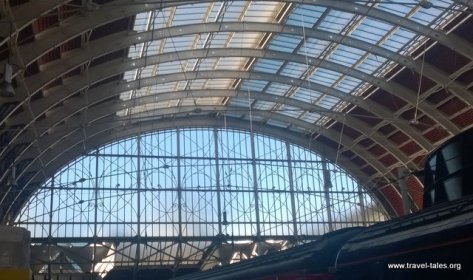 The station now has 14 platforms in total, two are reserved for the Heathrow Express and the fast intercity trains never use platforms 11 – 14.  I suspect it is because they have shorter platforms which can only accommodate the shorter local service trains.

On two of the wider platforms, there are bicycle racks of quite some proportions.  I have never seen these racks empty or even approaching empty.  Some of the bikes are owned by commuters who get of the train, pick up their bike and cycle to their offices, others must belong to people who leave them there during the day as at lunchtime there are still loads of bikes. 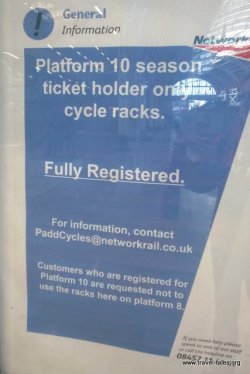 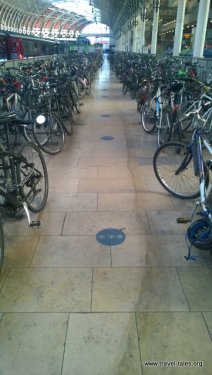 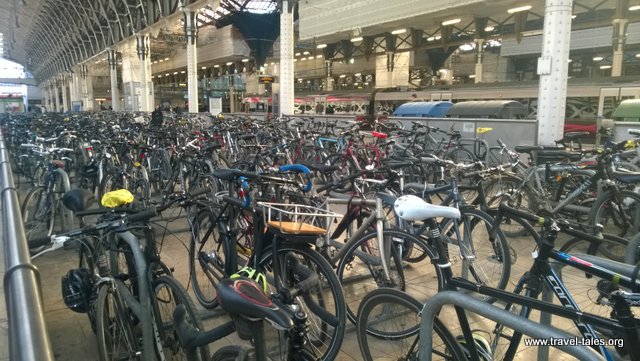