Skip to content
Heinrich Hoffmann was born in 1809 in Frankfurt and trained there as a doctor specialising in psychiatry; running Frankfurt’s lunatic asylum.  Statistics he compiled on his patients and their symptoms suggest that 40% of patients presenting with symptoms now called called schizophrenic, were treated and discharged in weeks, experiencing full remission.  It makes you wonder what therapy he offered!
Despite this success in the medical field he remains best remembered for the stories he wrote and sketched initially for fun and the amusement of his own children.  A fountain to commemorate the characters is at the Hauptwache in the centre of Frankfurt. 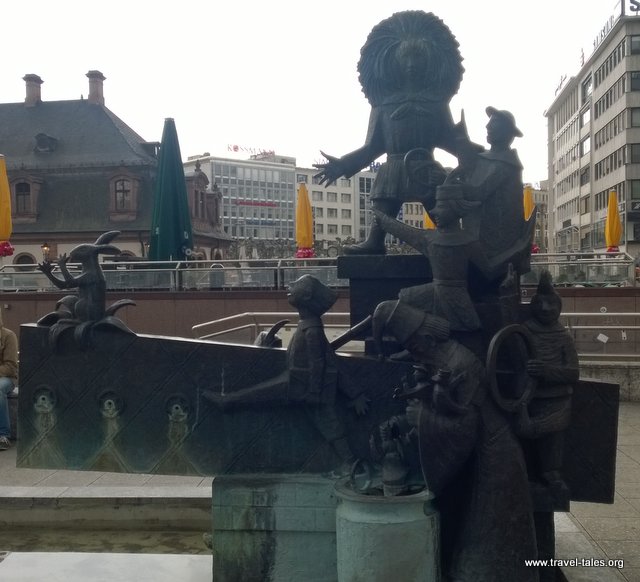 The fountain depicts most of the stories, at the top is “Struwwelpeter” a boy who does not groom himself properly and is consequently unpopular 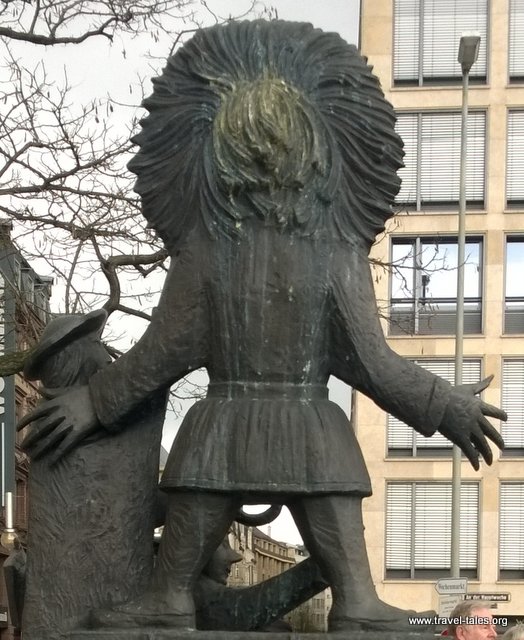 In “Die gar traurige Geschichte mit dem Feuerzeug” (The Dreadful Story of the Matches), a girl plays with matches and burns to death. 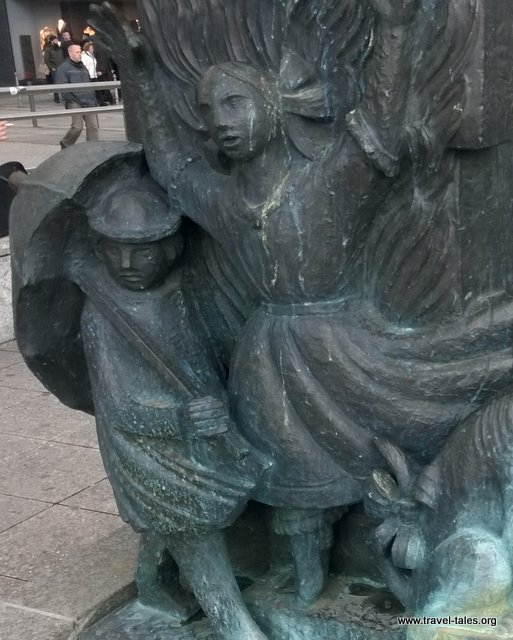 In “Die Geschichte von den schwarzen Buben” (The Story of the Black Boys), Saint Nicholas catches three boys teasing a dark-skinned boy. To teach them a lesson, he dips the three boys in black ink.

“Die Geschichte von dem wilden Jäger” (The Story of the Wild Huntsman) is the only story not primarily focused on children. In it, a hare steals a hunter’s musket and eyeglasses and begins to hunt the hunter.

“Die Geschichte von Hans Guck-in-die-Luft” (The Story of Johnny Head-in-Air) concerns a boy who never looks where he’s walking. One day he walks into a river; he is soon rescued, but his writing-book drifts away.