The following day we walked over to the Olympic park.  After admiring the Bird’s Nest from the outside we arrived at a wide paved area which leads up between the various different venues.  The other side of it is what is known as the Water Cube. That looks a bit like large bubble wrap and houses the swimming pools. 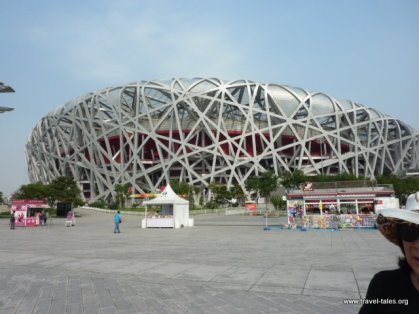 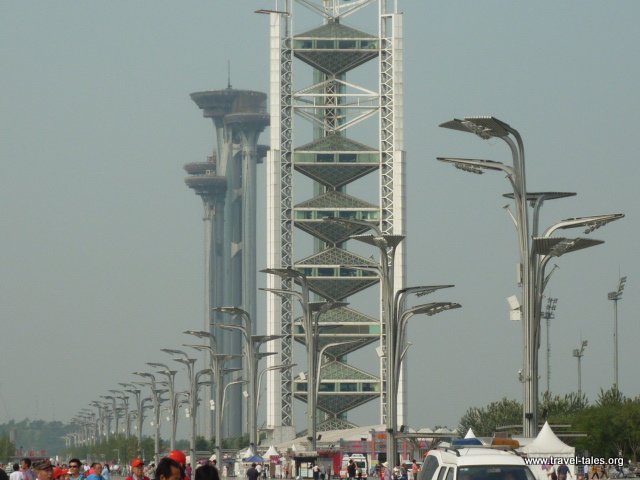 Then there were large numbers of marquees put up and it seemed to be the Beijing Book Fair. Some areas were just Chinese books so they were not very interesting to us but further on there was an area of ‘culture’. Here a number of Beijing artists were displaying their work. There was some painting but there were other things such as engraving gourds, silk flower making, paper cuts, and someone who made minute figures. He made the figures and put them into little scenes, very detailed work. It seems he is in the third generation doing this. 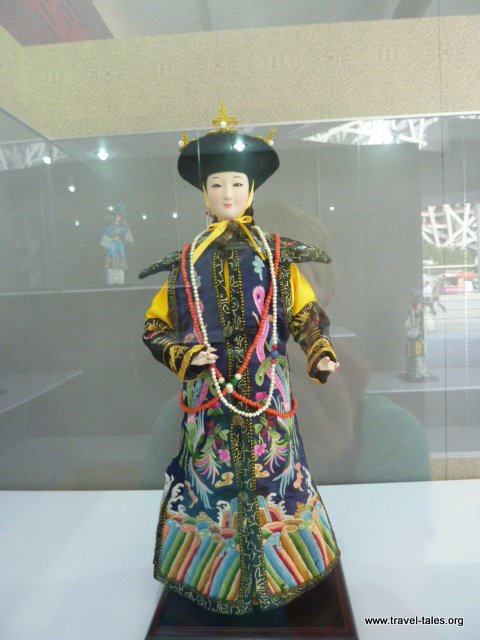 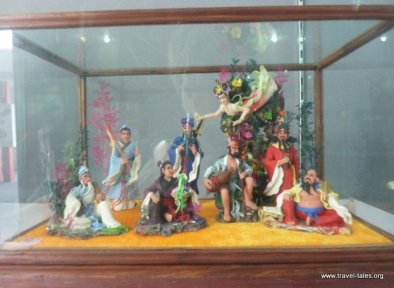 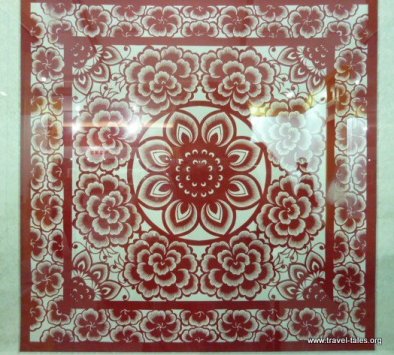 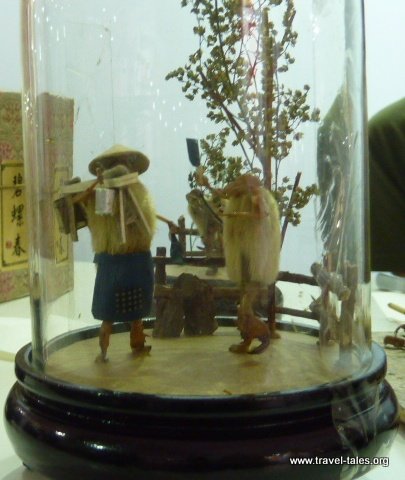