The next leg on my journey on the Cardinal was from Philadelphia to Charlottesville.  It was overcast in Philadelphia and I’m sure this bridge looks better on a sunny day.

By the time we reached Washington, DC it was sunny – and as we found out as we pulled into the station, our train was on fire!  Not actually the train itself and apparently this is no uncommon and even had we known about it before, nothing would have been done until we pulled into the next station.  Debris collects around the wheels on the train and when braking there are occasional sparks which can set dry leaves on fire.  The smoke was noticed by a staff member at Washington DC Union Station and the local fire brigade was called.  They put out the fire and washed out the debris under the carriage concerned.

After pulling away an hour later than scheduled, we passed these places in the city (there was no need to get off was there – I saw the important things!) 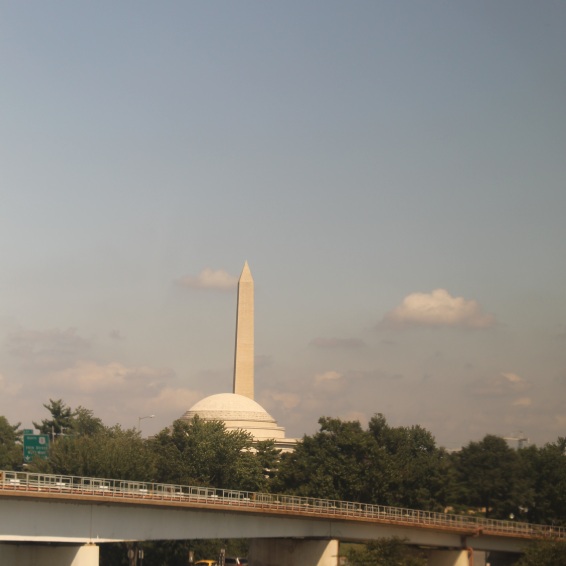 More interesting to me was this plane approaching a local airport. 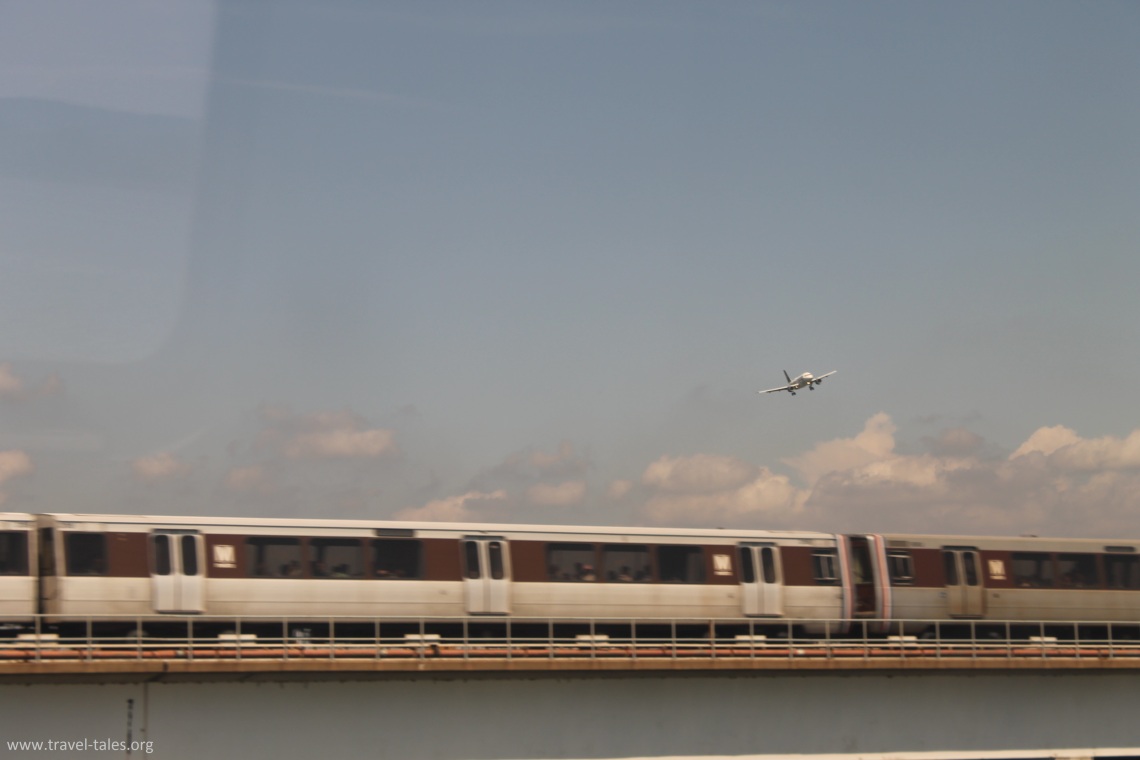 We then passed through Manassas, VA where this old warehouse has been converted to a candy shop.

In Culpepper, VA I managed to snap this picture of the Love in the city. 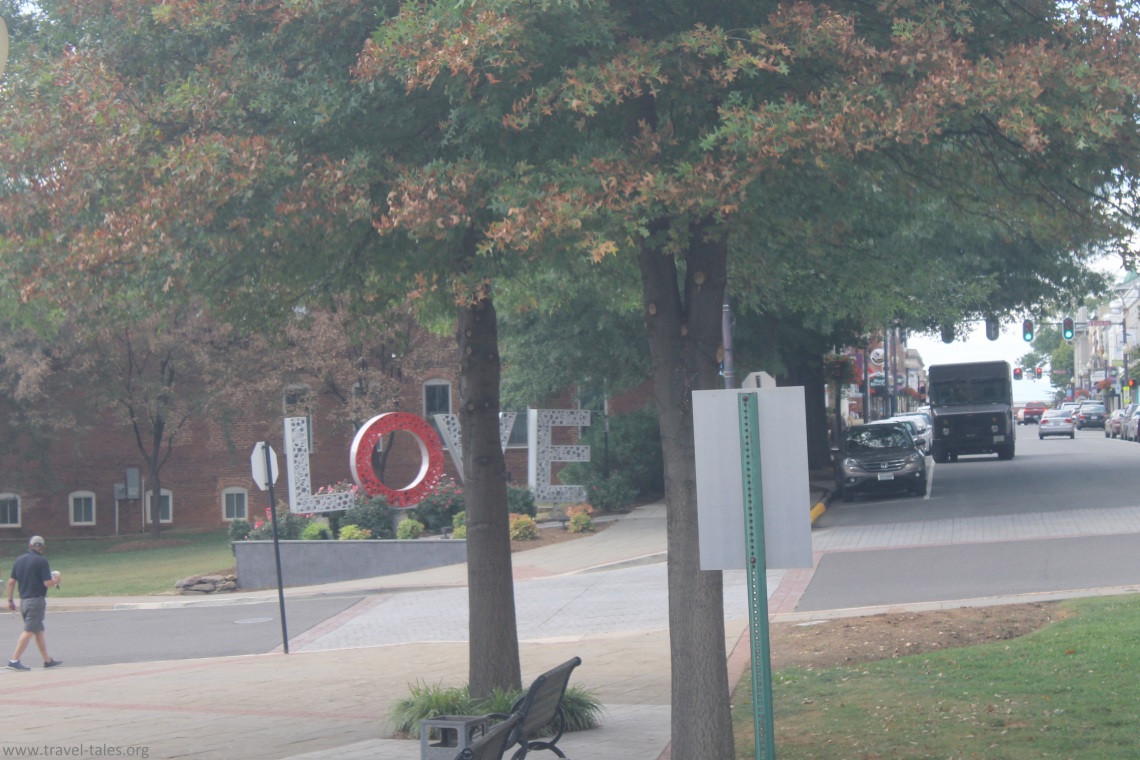