In 1886 construction began for the railway bridge spanning the Hudson between Poughkeepsie and Highland.  The first train crossed December 29, 1888. When the bridge opened in 1889, it was the longest bridge in North America and the first bridge to span the Hudson River between Albany and New York City. It was a key link between western raw materials to eastern industrial centres until a fire in 1974 closed it.

Since then it fell into disrepair until in 1992 the Walkway over the Hudson project started to turn it into a publically accessible walk way.  It was opened as such in October 2009 and I think it is now the longest pedestrian bridge in the world. 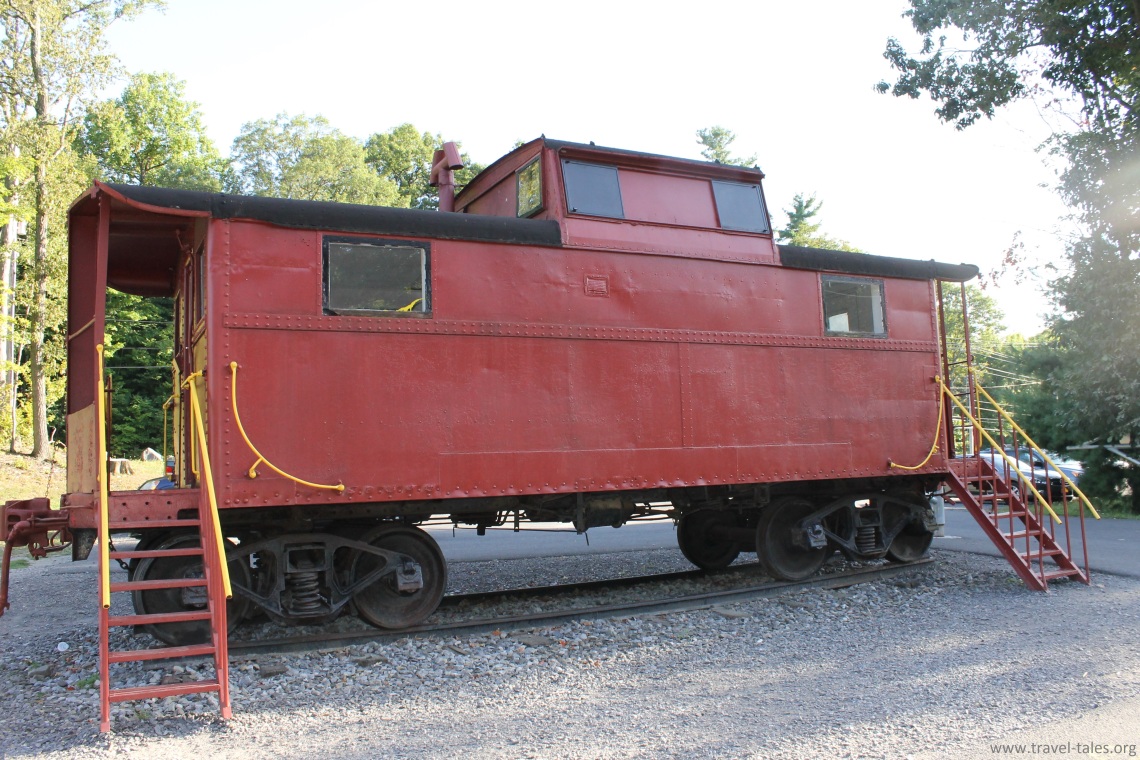 I struggled to see the other end of the 1.28 mile bridge from either end. 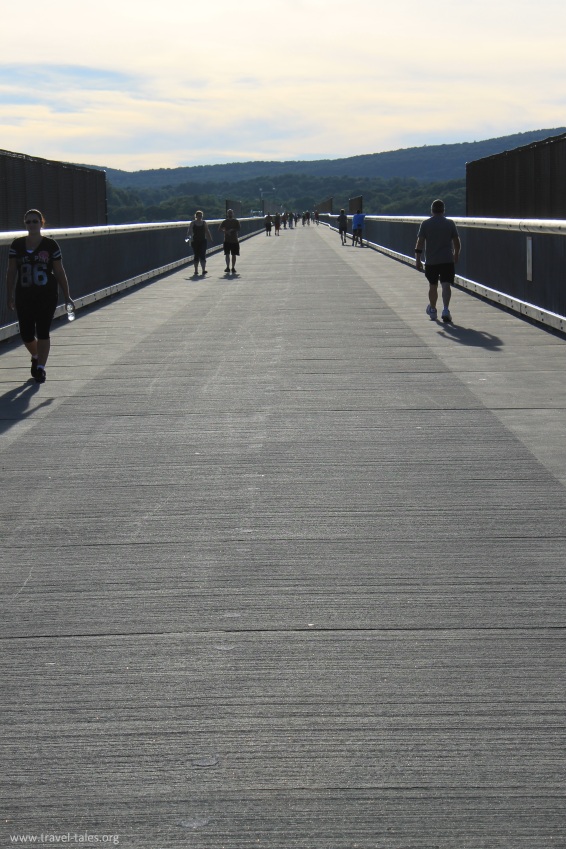 An American flag flies at the centre of the bridge from which you get a great view of the Mid-Hudson Bridge to the south and the river with and without traffic to the north. 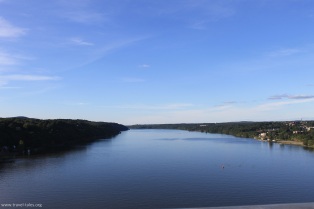 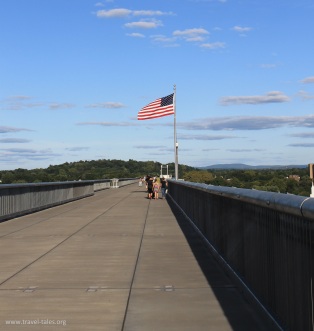 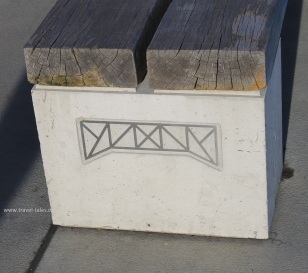 While on the bridge you don’t really see its construction, luckily from Poughkeepsie Station which is between the two bridges you get quite a good view of both of them from underneath and professional pictures are displayed along the walkway.