On entering Presque Isle State Park I knew I would need to walk back the way I had come.  Walking around its full 13 mile trail was definitely out of the question.  I had seen a sign stating that weather permitting there was a water taxi from the Waterworks Pier to the city and thought that may be a good way back.  Uncertain how far that was, I kept walking alongside the bay.  I reached the Ranger’s Station and asked whether it was running and how much further the pier was.  The Ranger looked both things up and told me I was merely half a mile from the pier and that the taxis runs at 40 minutes past the hour up to 6pm.  It was 5:15pm at that point, so I briskly walked the half mile to the ferry pier to ensure I would not miss the last water taxi at 5:40.

I reached the pier in plenty of time and learned a little about this gear tower.

It appears to be a lighthouse without a light but acts as an operating station for a fresh water line laid through the peninsula to the main lake in 1906. 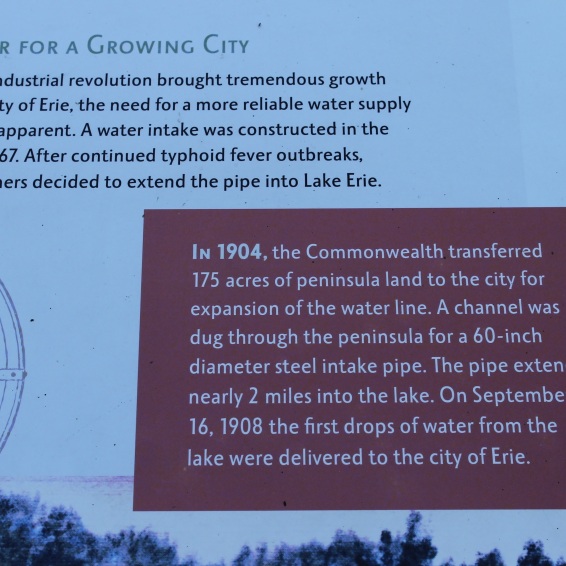 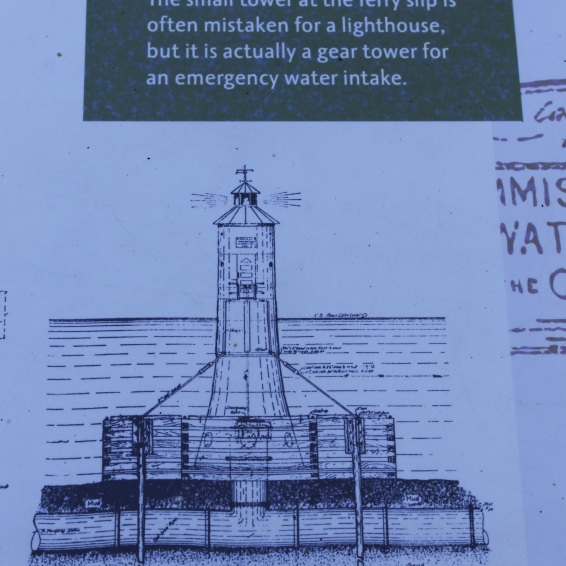 At 5:45 I asked a fisherman whether he had seen the water taxi and he said that he had been there most of the afternoon and couldn’t remember when it had last been and he didn’t think it would be appearing again.  Stuck some 7 miles from where I was staying I considered flagging down a departing car and asking for a lift to the edge of the park at least so as to reduce my walk back.

Then I saw a boat approaching the pier and got my hopes up again.  It was a little smaller than I would have anticipated a water taxi to be and so I started the conversation with its captain with ‘I assume you are NOT the water taxi?’  The captain agreed that he was not operating the water taxi.  Rather he was a scout leader (52nd troop per his shirt) and brought his boat to a BBQ and volleyball game to give scouts a ride on the bay.

He suggested, and I accepted, that I join him and some of the scouts on their first pleasure ride and he would drop me off on the mainland.

Thank you very very much Dan from 52nd Scout Troop in Erie, PA for a great ride across the bay, saving my feet a long walk back! 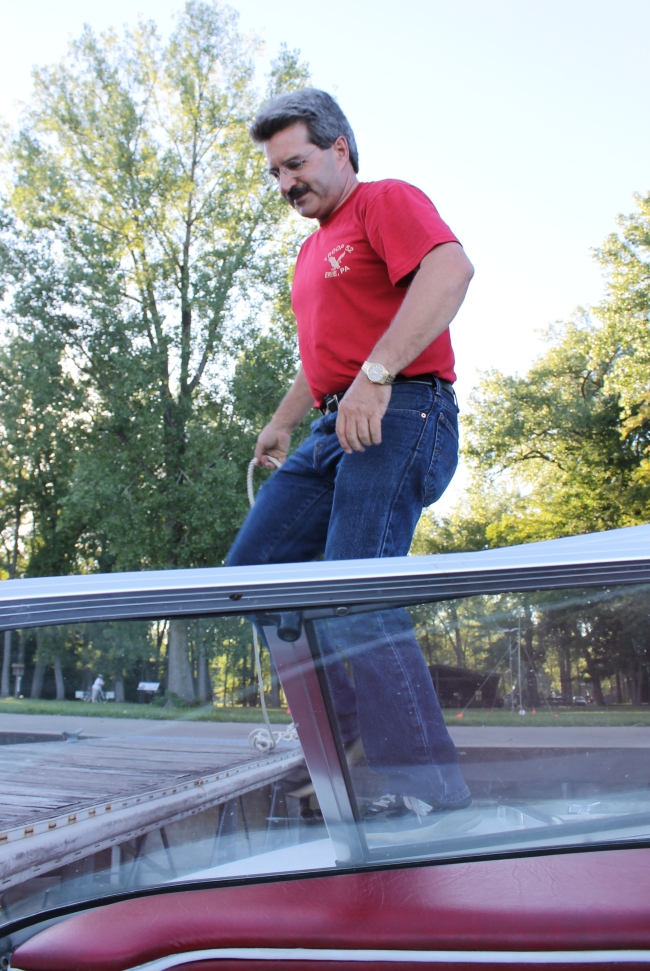