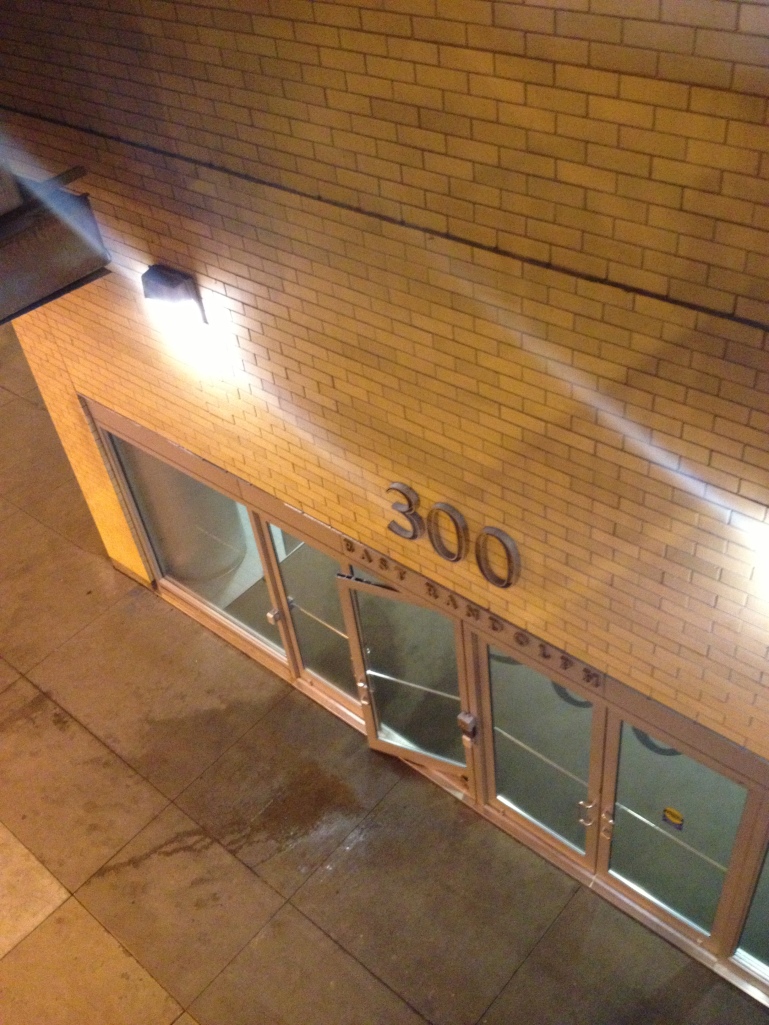 I experienced and wrote this a while ago to be posted when I have a lull in travel tales to tell.  The recent news that the book it reminds me of has been withdrawn from a school’s library in New Mexico encouraged me to share it with you now.  Perhaps some of you will be even more tempted to read the book following this news.

If you are familiar with Neil Gaiman’s Neverwhere you will be familiar with London Below.  In London Below you can meet the angel called Islington, cross the night’s bridge, refuge can be sought with the black friars and wisdom from the seven sisters.  Non-Londoners may not understand why this tickles those of us who have lived in London.  If you click through the links in that sentence you will see they take you to London Underground stations.

The reason for bringing this up, is that below the surface of Chicago with all the tourist sights, there are lower levels of roads; with pedestrian pavements, bus service, car parking and building entraces.  The Chicago Police Department have one of their impound lots on one of the ‘Lower’ streets.

When walking south along the lakeshore you find yourself on Lower Randolph Street which could be confusing to the uninitiated.  Fortunately my host in Chicago had mentioned Chicago Below to me  and I realised I had entered the ‘lower’ world of the city.  Without landmarks it can be disorienting and my host mentioned that she had parked her car on a lower level and then got lost re-locating it.

You can also access Lower Randolph from this completely unsignposted stairwell in the middle of the surface street. 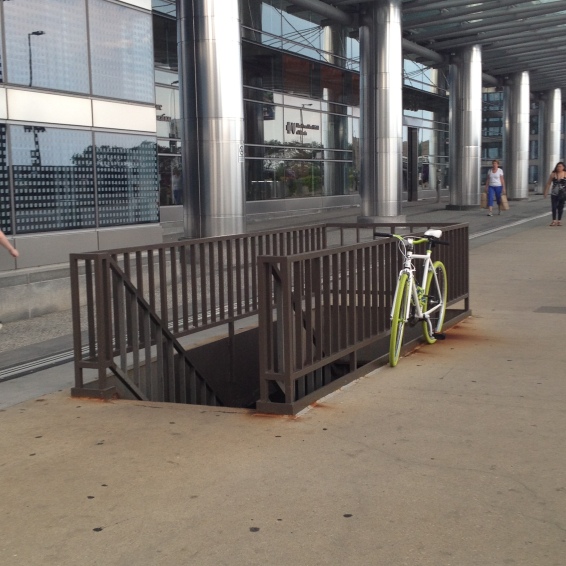 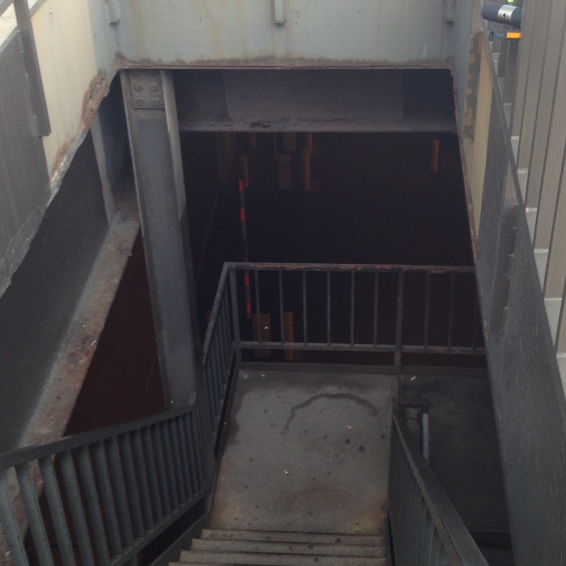 At this point there are actually two lower levels.  I decided not to venture too far from the stairs so as not to get lost, however learned that it is possible to walk all the way back to Union Station on lower levels, which in the winter is what most people do. 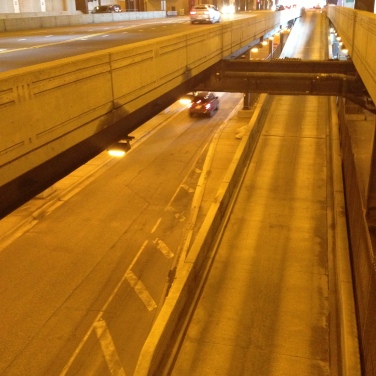 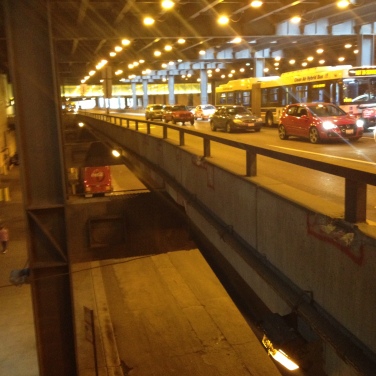 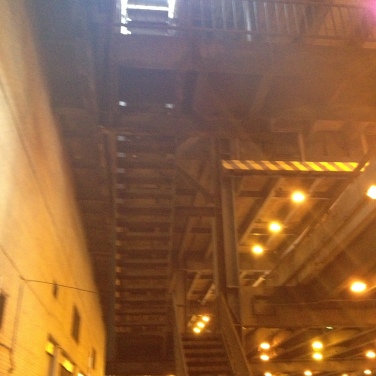 I visited Chicago in 2013 as part of my train trip around the USA.