The City of New Orleans arrives in its city of origin mid afternoon, which provided me with ample time to find my lodgings, shower and change and venture back into the city and explore. I had visited New Orleans in 2010 so had a plan of places I wanted to go to on this flying visit. Once I was back in the French Quarter, I headed straight to Café du Monde for beignets and coffee. I drink my coffee black, so ask for forgiveness from the traditionalists, who would consider café au lait to be the correct beverage to drink alongside an order of French-style doughnuts covered in icing sugar. 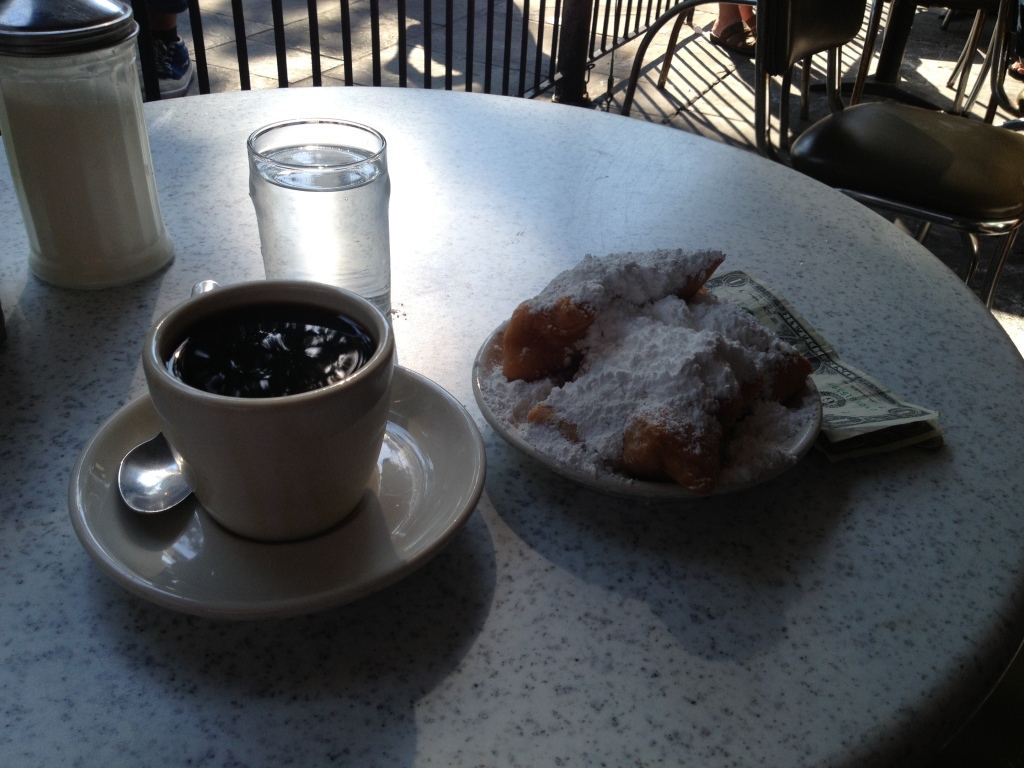 For those who don’t know what it is, a muffuletta is best described as an overfilled sandwich made on a loaf of bread. A loaf is perhaps a bit of an exaggeration, but calling it a bread roll would not really do the 10 inch diameter bun justice. The bread is sliced through its equator and then filled with salami, ham and cheese – many slices of each. And the crowning ingredient which makes a muffuletta so delicious is the olive salad which is liberally spread on the bread either side of the protein fillings. The olive salad consists of olive oil, olives, carrots and other vegetables and herbs. It is prepared well in advance and has a kind of pickling or preserving capability as well as adding flavour and fat to the sandwich as it soaks into the bread.

Now that your mouth is watering for a muffuletta, you may be as disappointed as I was to find that by the time I got to the Central Grocery, I found it was closed.

I should have checked this out, because this happened to me before, the last time I was in New Orleans. On that trip, we had managed to get to the Central Grocery for lunch and had wanted to go again another day to find we were too late in the afternoon.

Fortunately, on both occasions, Frank’s was still open. Both Frank’s and the Central Grocery claim to be the home of the original muffuletta. I have not been able to fully compare the product of both establishments side by side, so cannot judge which is better. I am grateful to Frank’s for their opening hours which allowed me to get myself an enormous, delicious sandwich dripping with olive oil and full of ham, cheese and salami. 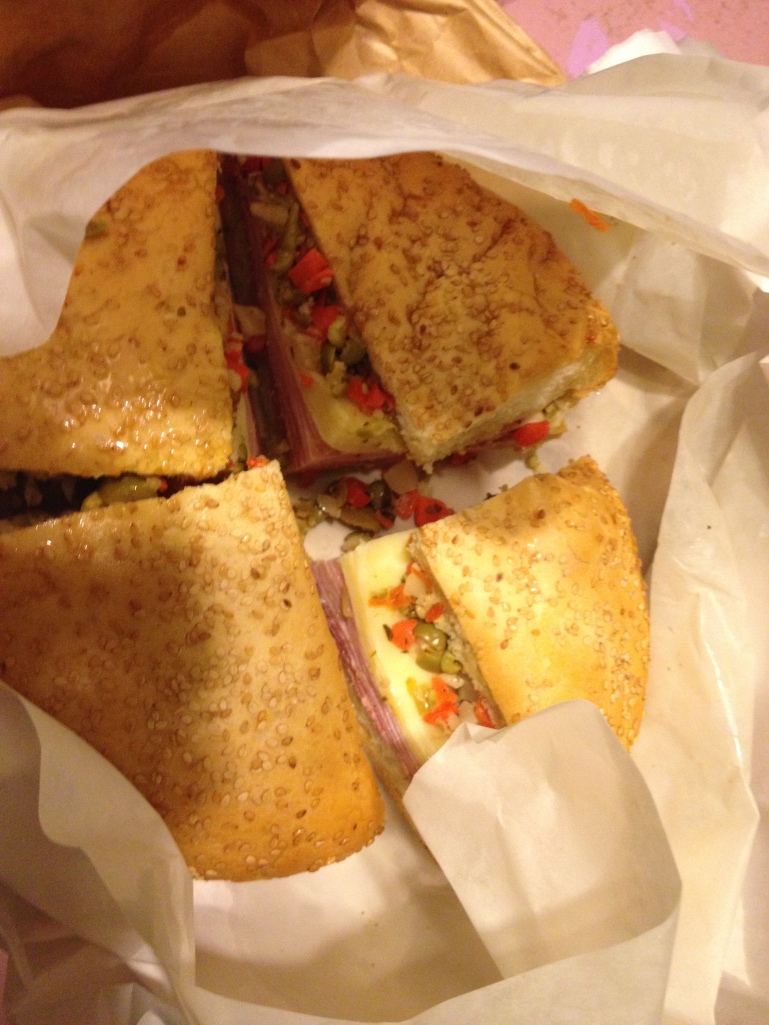 So the lesson for my next visit to New Orleans is to go to the Central Grocery before settling down to coffee and beignets!