Tickets for public transport in Goteborg work similarly to those in Malta.  Once you have bought and validated your ticket, it is valid for 90 minutes. 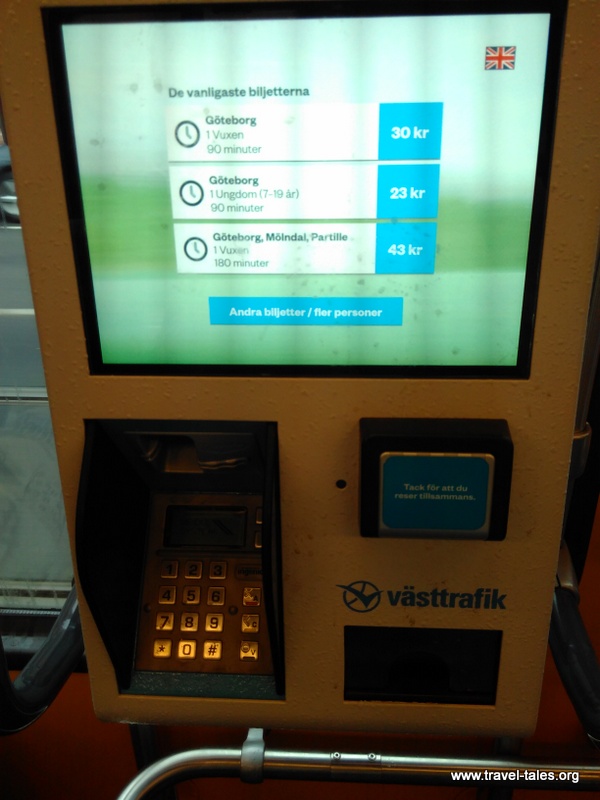 So when on my journey from the hostel I was staying at back to the station I saw this up a side-street, I decided to get off at the next stop and investigate. 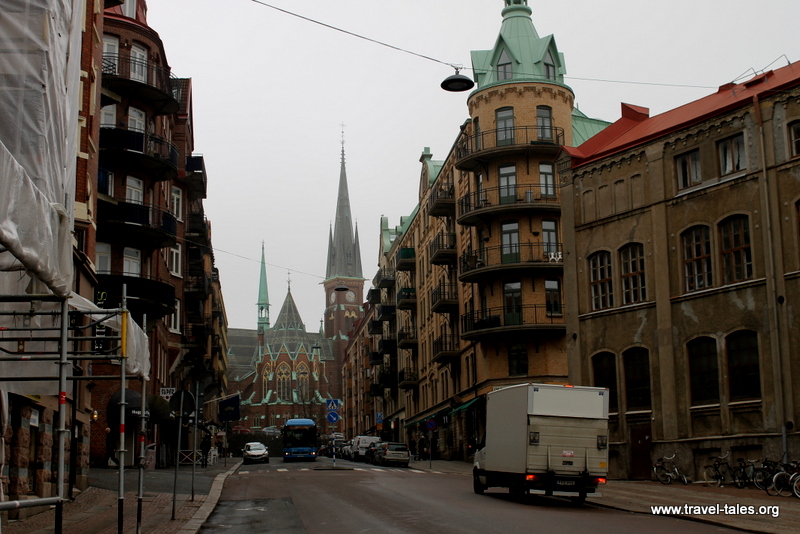 Although it was a rather overcast day, the colouring of this church was really startling. 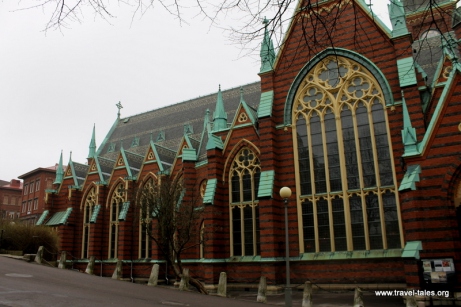 I walked around the church and took loads more pictures of it, however didn’t seem to have captured its name.  Luckily, retracing my steps using an on-line map service I was able to find out what it’s called.  I did find this in the railings though.

From the site of the church, you can look over the valley into which houses and roads have been built to another curious structure, which I confess I didn’t explore.  It’s shape and the crown on the top suggest it was some kind of royal fortress.