The last place I visited during my trip to Malta was the capital, Valletta.  It was in a bit of disarray because it was between the dismantling of temporary lighting and seating equipment from the opening of its European City of Culture calendar of events and finishing off some of the permanent improvements made as a result of this award.

These latter improvements show quite a juxtaposition of the old and the new Valletta, all cut from the same stone. 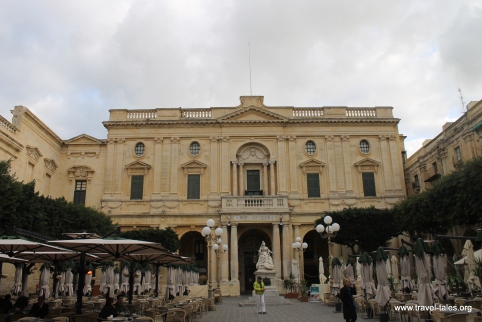 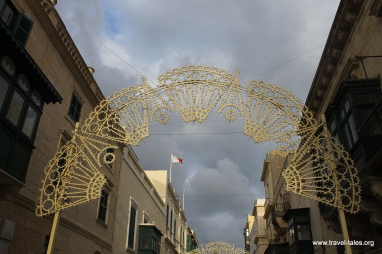 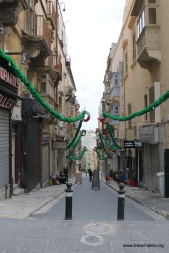 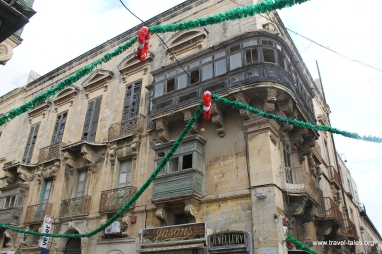 I was interested to see that there remained a memorial to Daphne Caruana Galizia, an investigative journalist who was murdered.  I hope for the sake of journalism that her death doesn’t deter others from investigating difficult issues and holding those in power to account. 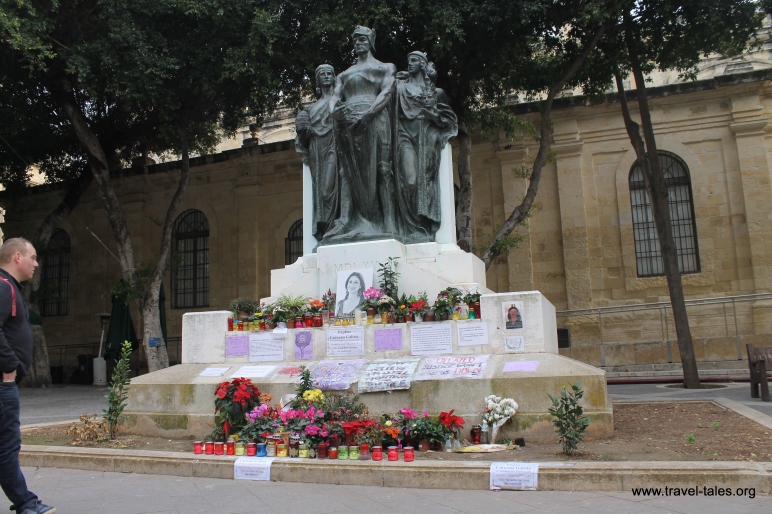 Having seen Valetta from across the bay I was keen to explore the church to the left of this picture:

Imagine my surprise to find it is actually two separate churches.  The spire belongs to

I was a bit taken aback, I didn’t realise cathedrals had pro and amateur status.  Until I realised Pro was short for Protestant, emphasising that it is not a Roman Catholic cathedral.  And not only is the square steeple not connected to the rotunda as I assumed from across the bay, it isn’t that connected the main cathedral building either, which has the greek style facade hiding behind a tree in the bottom of these three pictures below. 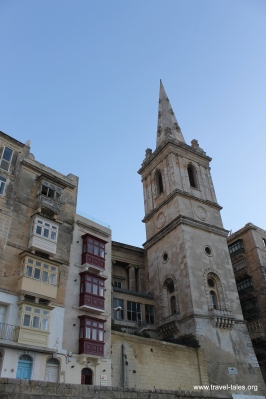 The rotunda belongs to the Basilica of Our Lady of Mount Carmel, and is just one block next to St Paul’s Cathedral.  The picture below is taken from about the same spot as the one above, turning slightly to my left.

And what is also not directly apparent, is that the rotunda isn’t round.  It’s oval

The basilica is quite new, it was inaugurated in 1981 and the interior sculptures were only completed in 2005.  It has been squeezed into a narrow spot, this is what it looks like from across the road.

So although from a distance, the steeple and the rotunda look as though they belong to the same building, they are in fact completely separate in faith, location and age! 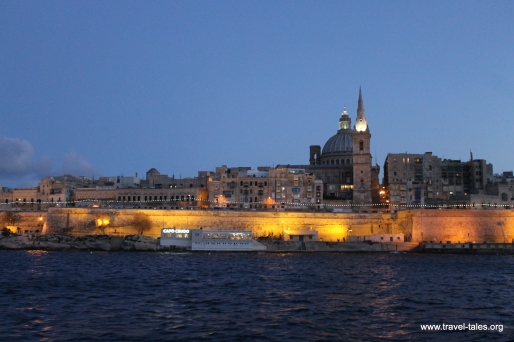