From the train, this is the first view of the expanse of the Grand Canyon. 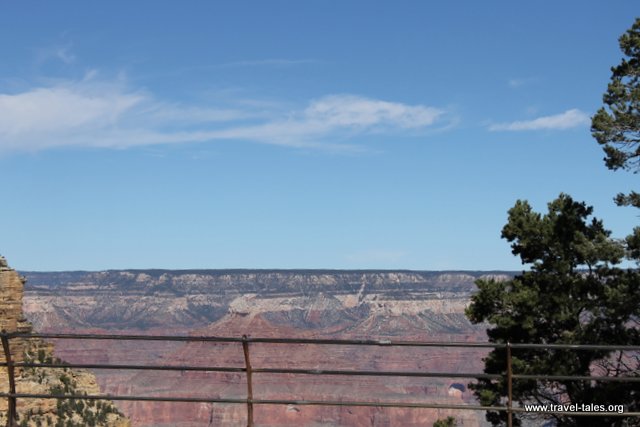 We then pulled into the station, and saw another of the steam locomotives and the last existing wooden train station in the US.

I had booked a tour at the rim which took us out to Hopi Point and Mojave Point, both to the west of Grand Canyon Village.

The beauty of Mojave Point is that can look both east and west up and down the Grand Canyon. 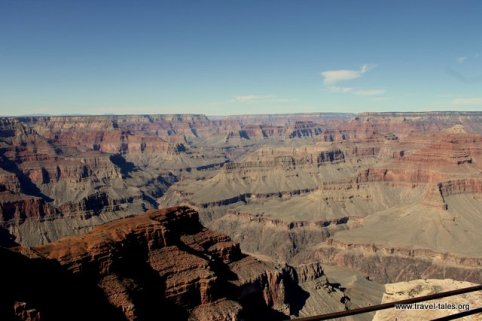 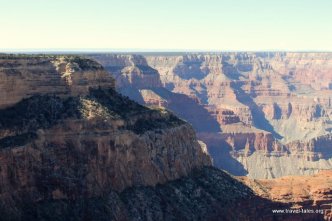 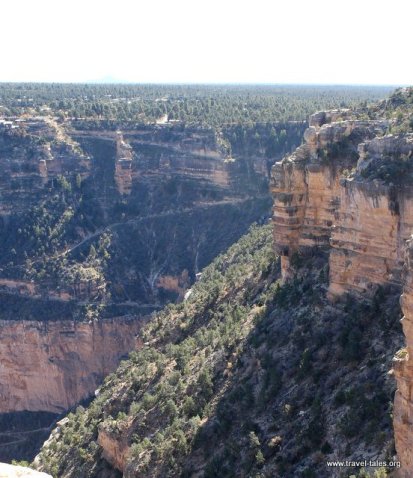 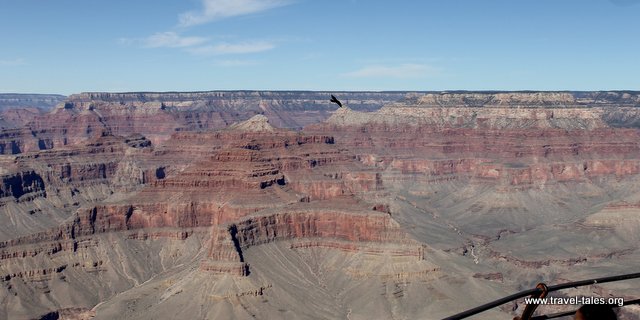 There had been a lot of rain so the Colorado river was the same red colour as the silt it was carrying, rather than the more usual green. 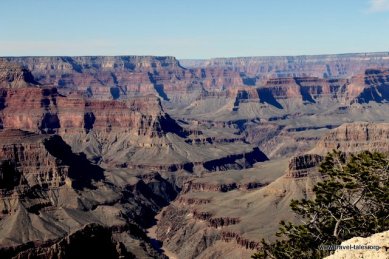 The Bright Angel Trail is clearly visible on the section of land which protrudes out from below the west of Grand Canyon Village.  It is one of two trails to the Colorado River.

The Bright Angel Trail and the canyon cutting in from the North with the same name were named by Major John Wesley Powell’s exploration out of guilt for having named a previous undrinkable tributary ‘Dirty Devil’.

In addition to the great views across the canyon to the west, we saw some current and past animals.  Ravens are the most common birds along the rim of the canyon, easy to see and for an amateur photographer to capture. 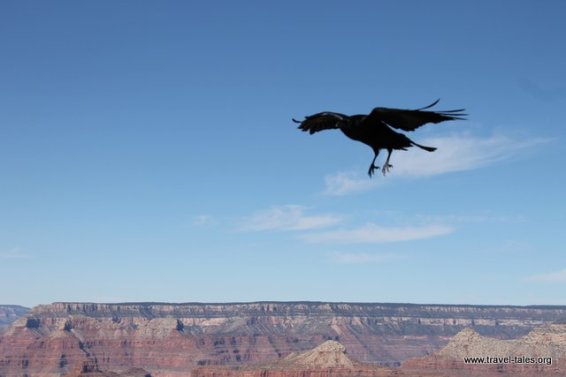 Rather rarer and also quite surprising, there are fossils of fish and sea creatures in the Kaibab Limestone, the topmost layer of stone at the edge of the Grand Canyon. 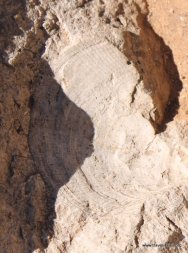