After the conference, we set off by metro to the Lama Temple (Yonghe Lamasery). We had been there on our previous visit but decided to go again, as we did not remember it that well. We went by metro again, the line 5 is very good as most of the interesting places to see are on it – just not the Forbidden City.  Going from the metro station to the temple we were amazed at the number of people selling incense sticks. There seemed to be a standard price of 10 RMB and many were being sold by hawkers in the street, others in little shops backing onto the temple wall.  There were also a large number of beggars.

It is located at the northeast corner of the older city, considered as the largest and most perfectly preserved lamasery in present day China. Built initially in 1694 during the Qing Dynasty, it building was the residence of Emperor Yongzheng when he was a prince. However, in 1744 the Qing Dynasty formally changed the status of the dwelling to that of a lamasery, and so it became the national centre of Lama administration.

Entering north from the Gateway, there is a wide straight road which was used for the carriages of the emperors and their wives during the Qing Dynasty (1644 – 1911). 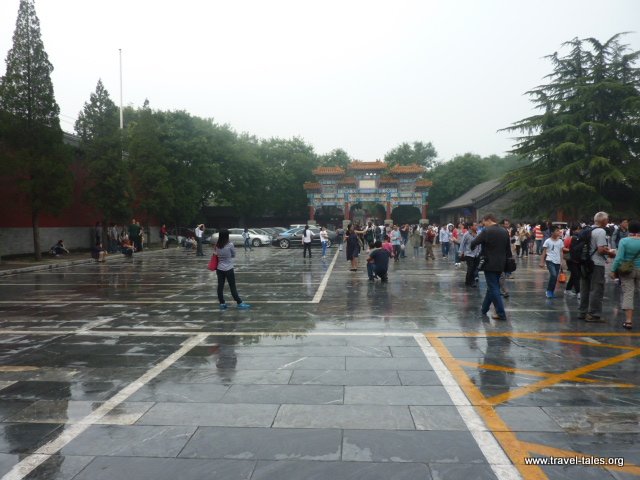 At the northern end of this road is Zhaotaimen (Gate of Peace Declaration), which comprises three large archways, the central one of which was for the exclusive use of the emperors. 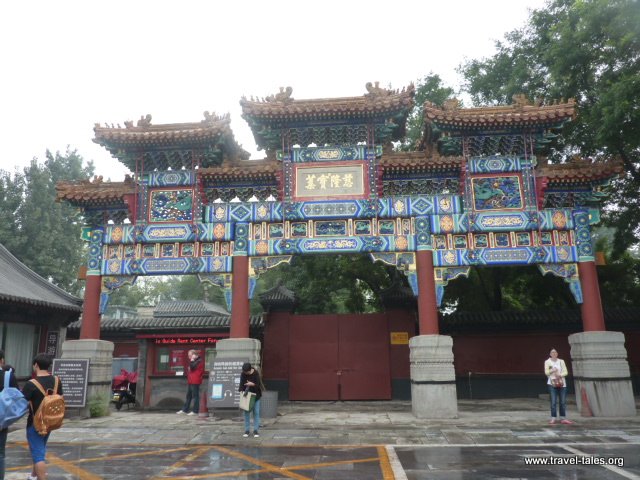 Passing through Zhaotai Gate we entered the second yard which contains a Drum Tower on the western side and a Bell tower on the eastern side. 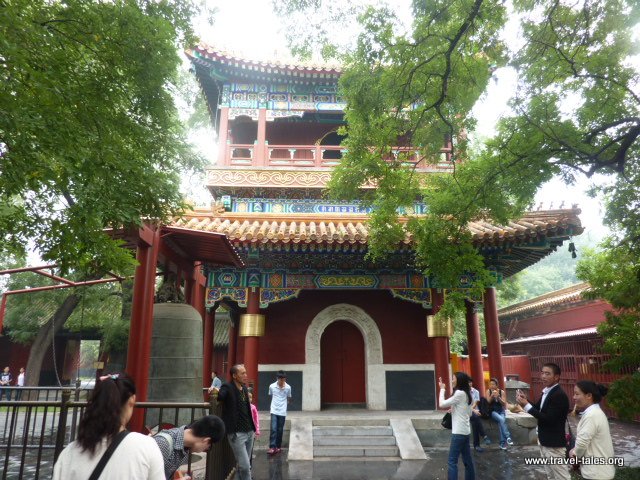 In front of these towers are two octagonal Stele Pavilions. Words by Emperor Qianlong were carved in the stele explaining the traditional and historical reasons that dwellings formerly used by Imperial Family members must later be changed to temples.