Qiao Guifa was the earliest ancestor who made the family rich. He was ill-fated when young, his parents died when he was a little boy. He was sent to his uncle’s home where he was looked down on because he was poor. So he decided “zou xikou” which means hard work brings riches. He went to work in Inner Mongolia and saved money. He worked in a variety of ways eventually buying himself his own store which was the start of the family business. His son Qiao Guangmei developed a series of family rules. He had two sons, the older died early and the younger – Qiao Zhiyong – inherited the family property and made greater achievements, he lived to be 89 and had six wives, the youngest of whom was the age of his grandchildren. His business spread throughout Inner Mongolia. There is an old saying ‘clogs to clogs in only three generations’. When Qiao Zhiyong died the inheritance passed to a great nephew who had been abroad but the business began to go downhill from 1926 because of the war and it was finally shut down in 1953. Later generations lived in Beijing, Shanghai and Kunming.

Many of them are now devoted to displaying historical items such as carriages for rich people, stone mills and books. 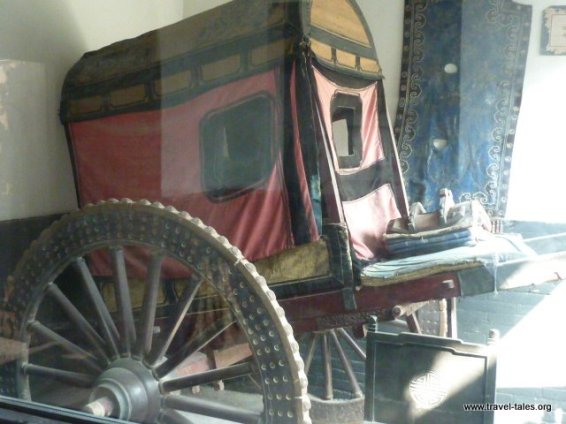 Others are set up the way they would have been when the Qioa family was still living in the house. 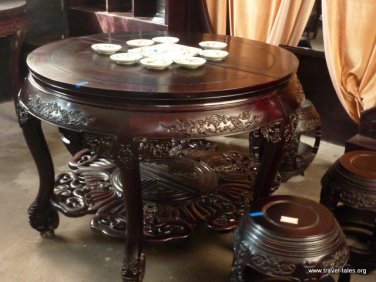 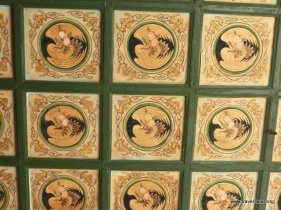 There are three ‘treasures’ of the family – the first is the mirror of the Rhinoceros Watching the moon, it is carved out of lignumvitae, although it is over 200 years old the image is still perfect (not quite so sure about that! Also we are not sure that rhinoceros is the right translation, the animal looks more like a deer)

– second a spherical mirror, wherever a person stands in the room he will be reflected in the ball without any deformation. It was used to spy when Qiao discussed important business, it can prevent eavesdropping (this was unfortunately not on display) and third is a candelabra with nine dragons. It is made of ebony and has eight sides and eight corners. It was a special gift from the Empress Dowager Cixi when she was escaping. 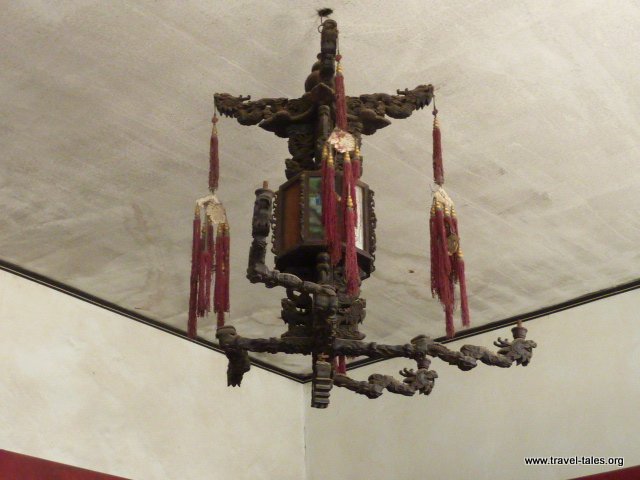