On the way to the Terracotta Army our guide told us a little about how it were found.  A group of 5 farmers were drilling a well to find water for their village in 1973 when they found the head of one of the soldiers. They panicked because they thought this was the earth God so they covered him over again, made sacrifices etc. and started drilling elsewhere when they found another soldier. The panic was greater but by the third time they began to think it must be something else so they reported it.

One archaeologist was sent to investigate and he started more digging. As there were documents describing the tomb of the Qin emperor they looked these up and realised that a great find had been made.  The farmers were resettled elsewhere and paid some compensation and then archaeologists came in force and digging began in earnest. The first publication of the find was made in 1974 and eventually in 1980 the museum was opened over the first pit.

Before actually getting to the museum we were taken to the place where the official replicas are made. Moulds are used for making them all but the ones in the original size have separate heads which are more individually made. The originals are all different but the replicas are only different according to their station, not the actual facial features. From there we drove out to the museum. 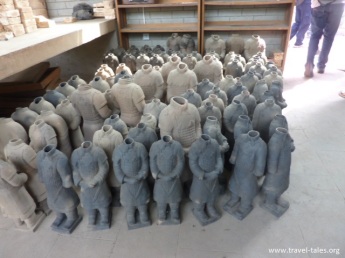 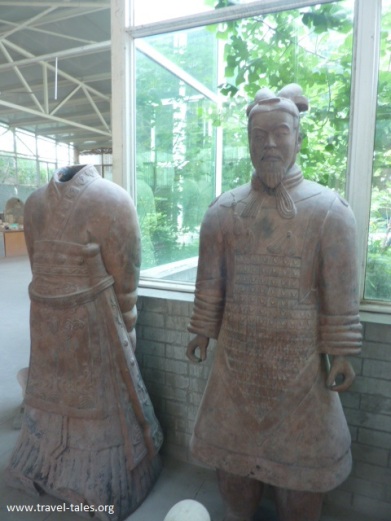 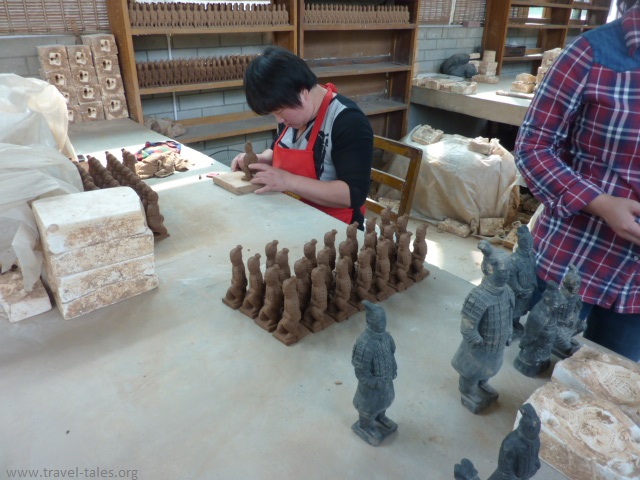 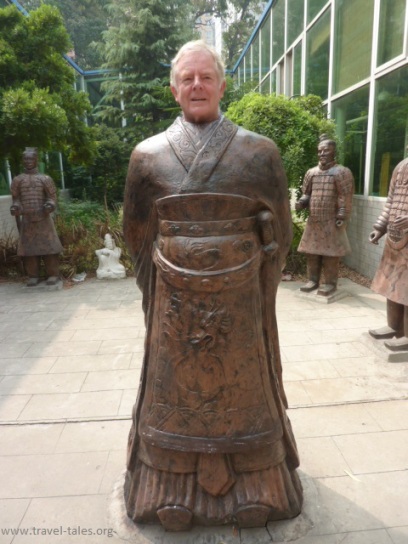