The City of New Orleans train leaves Chicago at 8:05 in the evening, so I slept through the journey through Illinois and a brief crossing of Kentucky’s most western point into Tennessee and woke up in as we approached Memphis.  I have been reliably informed by a Champaign native that I did miss much by sleeping through her home town and I hope that goes for the other bits too.  Memphis on the other hand, is definitely worth waking up to.

For breakfast I went to The Arcade, right opposite the Amtrak station. 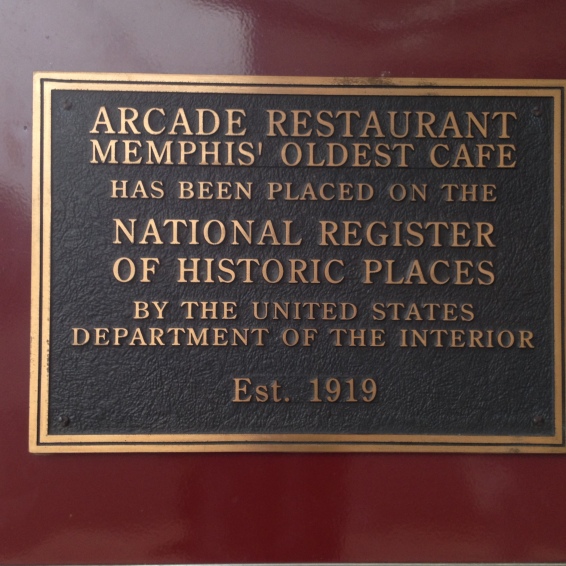 The sign denoting the historic interest of the diner was the first instance of a properly placed apostrophe, I found it a few more times on brochures in my hotel and signs around Graceland. I suppose a city name ending with an ‘s’ encourages proper education and use of apostrophes. Thank you Memphis!

Elvis frequented the Arcade and always sat at a particular table by the back door, with his back to the rest of the diner. There is a mirror on the back wall of the diner and if he saw the reflection of anyone he did not like entering through the front door he would slip back out again through the back door. Tables are now named after famous people, with pictures and their autographs displayed by the table. Arriving as early as I did, I managed to sit at the very table the King would sit at. I was facing the rest of the diner and it was once I had started eating that a local patron told me the story about how Elvis would sneak back out, so I didn’t actually quite manage to sit my behind on the same spot Elvis’ behind had sat.

I had planned on doing a few things while in Memphis, however the train ride had been uncomfortable. The tracks were not as even, or we crossed more points than on the west/east routes I had travelled on and Illinois is a lot more populated than north Montana or west Texas so the horn warning non rail traffic of the imminent passing of a train sounded a lot more frequently.  So after breakfast I had a nap before embarking on Memphis.

The only thing I managed to do apart from visiting Graceland (more on that next time) was visit the National Ornamental Metal Museum.

The museum has a permanent collection as well as a couple of temporary exhibits. A mix of the two is achieved by the permanent exhibition of ‘then’ and ‘now’ works of former apprentices learning in the museum smithy.  The exhibit rotates pieces as alumni offer work to put on display. 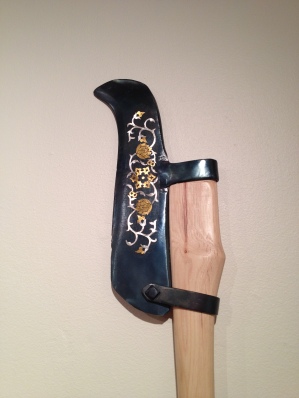 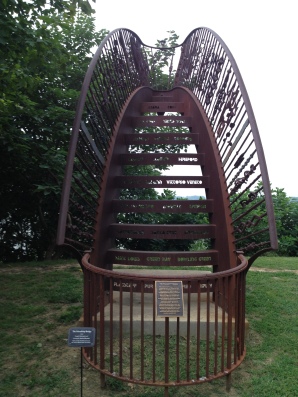