The name of the Petrified Forest National Park hides not only the existence of the Painted Desert within its boundary, it also omits to tell you about some ancient graffiti. 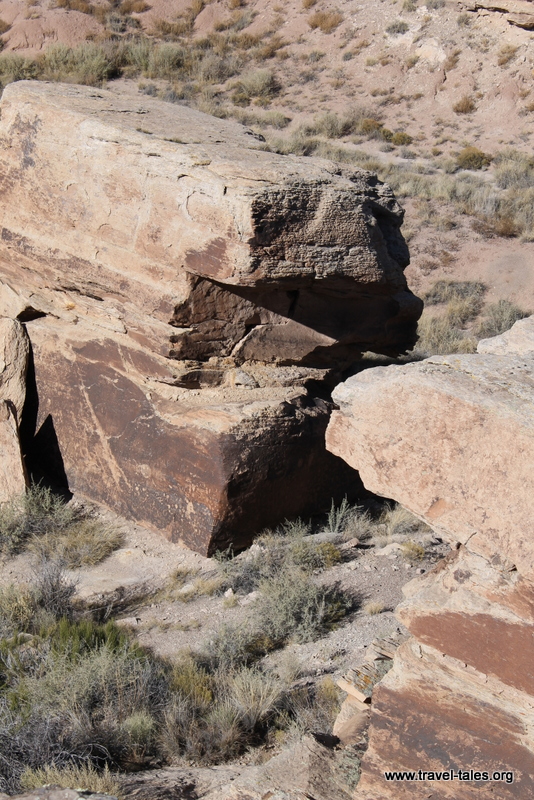 This rock is referred to as ‘Newspaper Rock’ can can be seen from a paved path in the park.  It cannot approached directly to preserve the petroglyphs which are estimated to be up to 2000 years old. 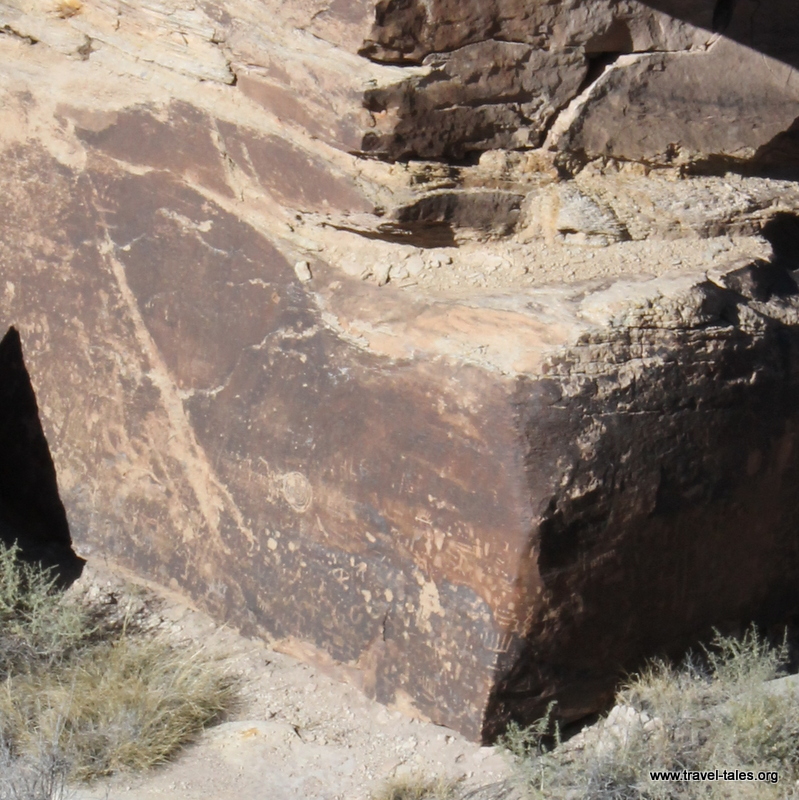 Zooming in a number of clear marks are visible, some depicting people or animals and geometric shapes.  The park service information doesn’t include any precise explanation or interpretation of their meaning.  Current speculation is that some of them tell a story, mark trails or commemorate events.  Some are likely to have spiritual or religious significance relating fertility or successful hunting.  The local Hopi and Zuni refer to rock markings like this as a reference library left by their ancestors.

There is one marking, which I struggled to take a good picture of, which marks the summer solstice, a significant date for native Americans as much as for native Europeans.