In the same area as the Banpo village there was a small exhibition of ‘Huxian farmer’s painting’. This is very much painting in the naïve style, bright colours and simple shapes but depicting the everyday life of farmers. We only bought some postcards there. The first farmer painting appeared in 1950s. The style originated from the local folk art like paper cutting, embroidering and so on. Most of the paintings show daily life, such as, farmers working, children playing, local festivals, fishing and so on. The local farmers use it to record their life vividly. 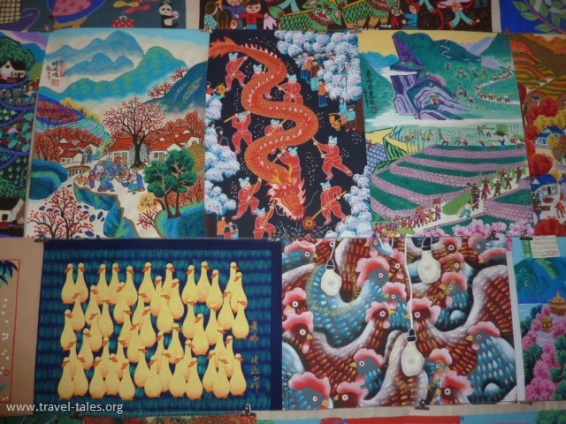 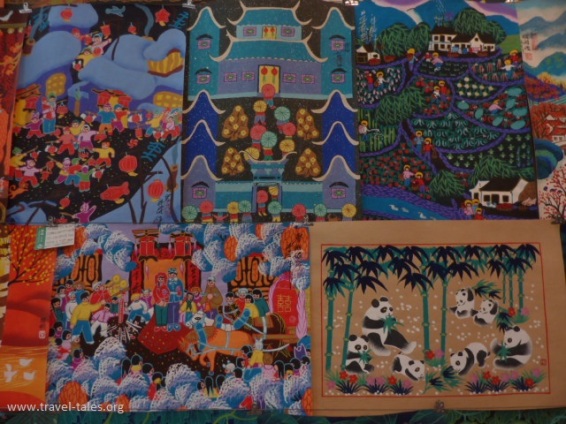 From this museum we went on to visit the mausoleum of the second Qin Emperor. He had started work on both his defending warriors and on his mausoleum which is about 1.5 Km away two years after becoming emperor and he left documents describing it all in detail. At present the mausoleum is only a mound around which a pleasant park has been developed. The mound is about 42m high today but it was originally about 150m. It seems that even grave robbers did not manage to break into it in the past and today there is extreme caution because the description writes that a whole plan of the city of Xi’an and the rivers has been depicted and the rivers and lakes are all made of mercury.  The earth of the mound has been analysed and it is very highly contaminated so until science has found a way of dealing with this the authorities have decided it should not be opened. 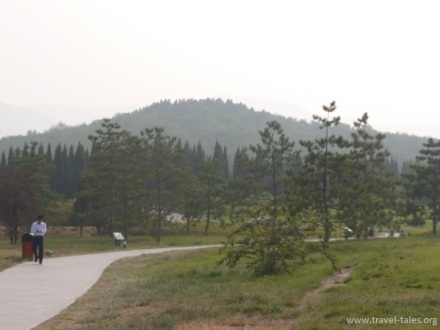 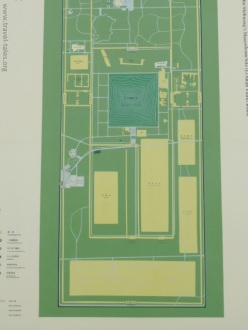 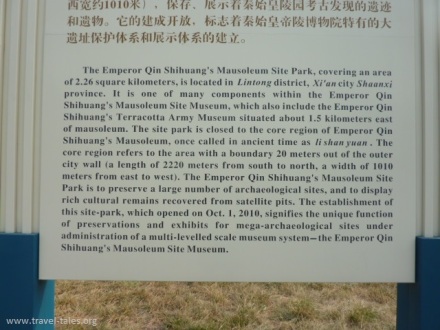